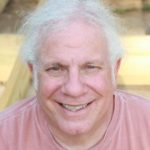 Long before Butch Zito chose the family life, before he spent 16 years coaching Little League baseball and about as much time working solo as an architect, he started an Americana band. It was 1981, and in Austin, Texas, that Petri dish of independent music, Stackabones was born.

As a guitarist and songwriter, Zito would go on to enjoy brushes with the limelight. The Grateful Dead during their 1983 summer tour played Stackabones’ first recording of three songs as warm-up music. Zito’s band signed with Relix Records in 1990, a contract that lasted two years. Tony Hawk once used as the soundtrack to a skateboarding video a punk band’s cover of Zito’s song “Chicken Squawk.” (Hawk performed while wearing a chicken costume.)

Zito has run original-music, open-mic nights at The Flash in Kennett Square, Pa., and at 4W5 Café in Wilmington. (His desire to lead others onstage, perhaps, is an extension of his years coaching baseball.)

House of Hope
Your Love

Now 58, he was remarried about 2½ years ago to Teri, a singer with whom he had performed for about 10 years in several bands. They have a yellow Labrador, Buckaroo, who tours with them whenever possible and, he says, is the most photographed band member.

The Zitos live in a 100-year-old house on an acre in South Wilmington. He and Teri, then his girlfriend, took it on as a project. The home, Zito says, “was uninhabitable.”

“There were rooms you wouldn’t want to walk in,” he says. “You could go right through the floor. And we brought it back to life.”

Electrical wiring, plumbing, HVAC, drywall – they fixed it all.

Behind the couple’s rebuilt chicken coop, they’ve been building a patio. Butch’s next project, he says, is a ground-level stage topped with a pergola. He wants to provide a venue for local musicians. Early plans include playing host to five or six house concerts, where local musicians bereft of available venues can perform for friends and, perhaps, accept donations. Zito expects to have a capacity of about 50 people for singers and songwriters, and about 100 for bands.

That project is where half of his Fellowship grant is going. Some funding will go toward a music video of Stackabones’ “House of Hope.” He’ll be able to hire a soundman for a day and promotional help. Zito plans to christen his backyard venue with a mini-festival on May 17. He’s in discussions with World Café Live at The Queen for an early-November show – it would be called “Butch Zito & Friends,” and the night would end with a performance by Stackabones.

“If my songs ever do anything for me, I’m on board,” Zito says. “If they don’t, I’m having fun getting there. I really have no complaints.”