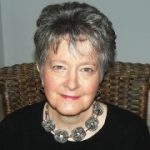 Fresh out of college, Jane Miller didn’t think she had much to say. She had earned a bachelor’s degree in English literature from McGill University, in Montreal, and she loved poetry. Her honorable mention in an annual American Academy of Arts & Letters poetry contest for college students had encouraged her, but Miller nurtured in herself that most elemental of career-related doubts: Well, where is this going to take me?

“It didn’t seem there was anything I could do with it,” she says. “I really abandoned it for decades. Literally, decades.”

She earned a master’s degree in journalism at Northwestern University, and for 26 years thereafter, she has worked in media and community relations for corporate and non-profit employers.

Poetry wasn’t absent from Miller’s life – she would write a poem here and there – but for many years, spurred by a writing group, she tried her hand at fiction. Writing novels, she says now, was not in her wheelhouse.

“I felt long-form was way more complicated than my little ADD brain could get around,” she says.

In the autumn of 2012, however, she read in a newspaper about a poetry workshop coordinated by the Delaware Literary Connection. Miller submitted a poem – “a safe and not very good one,” she says. She soon learned she was one of eight poets selected to participate.

With great trepidation, she sat at a table with like-minded lingual craftspeople. Her apprehension soon dissipated.

“That really showed me that it was good enough to love poetry to write poetry,” Miller says, “and that I didn’t need to have any greater reason than that. And that’s very freeing. That’s very empowering.”

Since attending the 2012 Cape Henlopen Poets & Writers Retreat, she’s joined two critique groups and participates in the Written Remains Writers Guild. She often reads at public events – the Second Saturday Poets in Wilmington, the Open-Mic Nights on the first Tuesday of each month at the Newark Arts Alliance – along with assorted conferences, workshops and poetry slams. Five of her poems were included last fall in an anthology of works written by participants at the Cape Henlopen workshop.

And now? Miller is more direct with her poetry, presenting to her readers subjects with which they might be uncomfortable – “Aftermath,” which she wrote in the wake of last year’s Boston Marathon bombing, fills two punchy stanzas with unflinching imagery of a victim’s daily life with prosthetic legs; “Joseph, Saint of the Lost” presents in three visceral stanzas an unvarnished glimpse at the story of the Nativity.

Two by two,
severed legs
take on a metal skin.
Oil becomes blood.
Sensors connect
the stumps of what is left
with what is to come.

Ankled ball bearings
learn to pivot and turn,
to step in
the new wardrobe of pain,
to fight limbless
ghosts and win,
to undress resolve
every night,
and every day wake
to them
standing at attention,
two by two.
Strap in.

“Wanting to be fierce is a risk,” Miller says. “You’re going to offend somebody if you do that. And that’s what you have to be willing to take if you’re going to deal with subjects that have real emotive power.”

Miller was a guest reader with Delaware’s poet laureate, JoAnn Balingit, at Bear Library on April 26, 2014. She also plans to read her work on September 20, 2014 at the Individual Arts Fellowship Awards and Reception at The Biggs Museum in Dover, and on November 15 at the Newark Arts Alliance with Dennis Lawson and Viet Dinh.