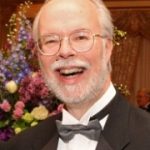 Carson Zullinger’s photographs aren’t meant to be representational. He uses imagery to contrast the physical world with the inner self. Dreams and the subconscious are his playgrounds.

His aesthetic approach can shift dramatically from one image to the next.

“The subconscious is not rational,” Zullinger says. “Yet there is a common theme of transcendence and spirituality that threads throughout the vision that I interpret.”

His installation “Entropy,” at the Delaware Center for the Contemporary Arts during the summer of 2012 and part of the submission that earned him the Division’s Master artist fellowship,dealt with what Zullinger calls “the ephemeral nature of existence and reality.” This self-portrait featured, near the center of the room, suspended above a light box, several overlain transparent archival pigment prints of a nude man. The images appear almost clinical – the man’s body, rendered close to its actual size, is lying face-up, his eyes closed, arms extended slightly beyond his hips. One transparency appears solarized, calling to mind an X-Ray. Another is crisp in its focus; above it is a heavily blurred version.

J. Susan Isaacs, curator of special projects at the DCCA, likened Zullinger to a scientist in that he “explores the inner self through an examination of the human body.”

“His science is one of observation and incorporates the dramas of birth and death,” she wrote in the literature that accompanied the exhibition. “Entering a darkened gallery, the viewer faces images of the human body, both the artist’s and his model. We are convinced that life processes are at work. Indeed they are, for Zullinger observes the entropy of life itself, the never-ending decay of the human body. We see metaphors for youth and age, dark and light, good and evil, and the spiritual and the physical.”

His series “Mermaids of the Desert,” which included black-and-white underwater nudes, was inspired by Howard Pyle’s 1910 oil painting “The Mermaid.” Housed at the Delaware Art Museum, it was one of the first paintings Zullinger saw as a child.

Zullinger, of Wilmington, also received a fellowship from the Division in 2000. He’s worked as a museum and fine-art photographer since the late 1970s, and he exhibits throughout the mid-Atlantic region, New York City and California.