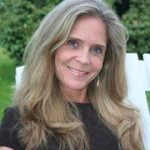 For two years after she finished writing “The Life You Longed For,” Maribeth Fischer rarely felt a desire to write. The novel, which has sold in five foreign countries and has been optioned for a movie, had been based loosely on her sister and nephew’s painful story of a terminal illness, a story that had figured strongly in Fischer’s nonfiction work.

The full manuscript of another book that she had shopped to agents returned comments that fit a central theme: It’s too dark. And with that, Fischer agreed.

“I write dark, sad stuff,” she says. “But somehow, I just couldn’t write anything else. I was stuck. I tried to go back to essays. Couldn’t get anything going. And it was a bleak, bleak period, because my whole life, I’d been a writer, and now I couldn’t write. I could sit there and write pages, but I couldn’t get excited about any project. I compared it to wanting to be in love with someone but you’re just not. You can’t force it. What’s the point of carrying out a bunch of pages if you’re not excited about the subject matter?”

At that point, about a year and a half ago, Fischer started teaching an eight-week course at the Rehoboth Beach Writers Guild (which she founded and leads as executive director) called “Experiments in Creative Writing.” Her timing was apt – she was training writers to experiment with structural techniques in pursuit of character development. Many people who took the class, she says, were able to write about emotionally difficult subjects.

As it happens, so was she.

The essay “She and I” – along with the essay “Damages,” that earned Fischer her second Division fellowship (her first was in 2009 as an established artist in fiction) – was born of one such assignment, each of which the teacher practiced with her students. “She and I” is in the form of a compare/contrast essay. With it, Fischer, 49, attempts to find a deep truth about her sister.

“Damages” finds the writer struggling with the dichotomy she experienced while on tour for “The Life You Longed For” – her 2007 novel about a child who had died – as her sister planted flowers at her child’s grave. The essay is a vehicle for her discussion of what it means to grieve, and of the moral implications of writing about grief.

“Somehow,” Fischer says, “by focusing on the structure, [my students and I] weren’t as focused on the feelings. The feelings kind of snuck in. ‘She and I’ is almost more like a distant voice – ‘she does this; I do this’ – there’s a factual [element to it]. Yet, by the time you get to the end, it’s probably one of the more emotional pieces I’ve written.”

The structure she employed in “She and I” is one of about 20 structural literary tools Fischer has sharpened.

We can never know too much about our characters. Revelations lurk in the details. John Dufresne, The Truth that Tells a Lie, the Lie That Tells a Truth

She doesn’t like to drive, especially in the dark. A year younger than I, she complains that her night vision has deteriorated. She thinks the cars passing us on the interstate are veering too close, and so she swerves erratically into the next lane to avoid being sideswiped. She brakes suddenly at red lights, yards from the intersection. I brace myself on the dash or clutch the door handle, and she laughs a tiny embarrassed laugh. “See what I mean?” she says. I, on the other hand, love to drive and always have. As a teenager, I’d drive two hours to the beach and back in a single day, the single-lane highway surrounded by scrubby pines and a wide sky. Pumping the accelerator in time to whatever was on the radio. The Eurythmics: Sweet dreams are made of this …

Fischer wants to revise the two essays and write two more, rounding out what she’d like to be a book-length collection of essays. The collection, she says, would examine grief and its role for the writer – as Fischer says, “the awful and complicated process of using suffering in the creation of art.”

The grant affords her time to write – because of it, she can teach two classes a session rather than three. For details about the Writers’ Guild, a calendar of events and more about Fischer, visit www.rehobothbeachwritersguild.com.