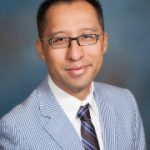 A few years ago, as author Viet Dinh contemplated his personal history with industrial music – it provided, by his account, the soundtrack to his internal high school experience – he thought about the history of industrial music itself.

Dinh worked on those two pieces, concurrently but independent of each other. Halfway through, however, his process shifted.

“I began to see the linkages between the two,” Dinh says. “And that’s when I started thinking, If this ‘History of Industrial Music’ were an academic essay, how would I footnote it?”

Dinh, 39, merged the pieces in “A Brief History of Industrial Music,” a foray into creative nonfiction in which structure is as overtly significant as language. The body of the text often is dwarfed on the page by dense paragraphs of footnotes. Whereas written works that include footnotes often employ them to shove complicated webs of facts away from the more conversational tone of the body, “A Brief History” swaps those roles. Readers who are more interested in Dinh’s personal experiences might spend more time in the footnotes; those for whom the history of a musical genre is more appealing will keep their eyes trained on the body of the text.

“Structure is like a frame for a picture,” says Dinh, of Wilmington. “And depending how you put the frame or the matte, it can change what the perspective of the picture is.”

Likewise, he says, the format of a written piece – the structure of the thoughts that together form a picture – provides a frame for the reader, “so the reader sees what you want them to see.”

A Brief History of Industrial Music

Although it is generally acknowledged that industrial music as a genre begins in the mid-1970s with the band Throbbing Gristle,1 its actual roots extend further back-to the musique concrete
2 movement in post-war France.3 Musicians such as Pierre Schaeffer, Pierre Henry, and Edgar Varese, spurred by the commercial availability of magnetic recordable tape,4 inverted the notion of music: instead of creating tunes to be actualized…

1 For me, industrial music begins with New Order. My freshman year of high school, I found a copy of Substance in my sister’s cassette tape holder-a box of hard-molded plastic, dusky gray, the size of a loaf of bread. Over the years, I’d made various discoveries there: Vietnamese “Anka” compilations that introduced me to Neil Diamond and Terry Jacks at an unnaturally young age, and the progenitors of the New Wave: Haircut 100, Yazz, General Public. But Substance, with its catchy melodies, finger-snapping beats, and Bernard Sumner’s strangely affectless vocals, was the first album that spoke to me. Even the liner notes were beautiful; the cover folded out to reveal chromatic blotches, dabs of watercolor against a white background, Rorschach tests that smelled faintly of ionized perfume.

2 When my sister sneaked out to go clubbing, I crept into her room and listened to Substance over and over again, until the tape had stretched thin, its sound tinny and distorted. The tape itself curled at its edges, now tan instead of dark brown, as if repeated listens had simultaneously drained it of sound and color. One night, while rewinding to “Bizarre Love Triangle,” it busted. The reels kept spinning, and I listened to the whirring, how it sounded like a dentist’s drill, how it had its own distinct pitch, before finally hitting Stop.

When he last earned a Fellowship, in 2010, it was as an established artist in fiction. Dinh always has leaned more toward fiction, “but with the explosion of the possibilities of creative nonfiction, that’s been something I’ve really been excited to explore.”

The method allows him some leeway in chronology and in memory, but he has standards of accuracy.

“The event I’m describing has to have the essence of truth in it,” Dinh says. “The events might not have happened exactly, they’re not transcribed perfectly, which is pretty much impossible in any circumstance, but it captures the essential truth of that moment, and that’s what I adhere to.”

Dinh’s Fellowship will offset the costs of a long-term project he’s calling “My Criterion Life,” which he describes as a “memoir in films.” Already, he has watched more than 100 films from The Criterion Collection, an expansive assembly of important classic and contemporary films. Dinh watches them in order, and as they spur memories, he writes about his own life through that prism.

In November, he will join Fellowship winners Jane Miller (poetry) and Dennis Lawson (fiction) at the Newark Arts Alliance for a public reading.