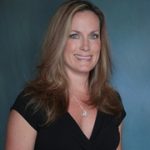 Among the wide-ranging assortment of jobs Michele Xiques can lay claim to having held, at one time or another: nurse, firefighter, EMT, waitress, communications specialist with the state police, bartender and receptionist.

“I’ve done every job imaginable,” she says, “and it came back to dance.”

Xiques, of Milford, also works part-time as a clerk for a law firm, but she speaks with reverence of her opportunities to teach the craft she adores.

“I’m lucky I’m not in a cubicle, like a rat, in some office building, working to survive,” Xiques says. “I’m actually surviving doing something I love. … I love being able to share my knowledge and experiences with kids, like I used to be. If it wasn’t for my teacher, I wouldn’t be here. And I wanted to pass that same thing on to somebody else.”

When a friend offered a dance studio for sale, Xiques took a chance. She left her career in nursing and bought the studio.

Xiques is director of the First State Academy of Dance, which during its 14 years in Milford has become an institution of Sussex County’s arts community. There, she and her staff teach an array of dance forms, from the beginner to the pre-professional level – the Vaganova ballet syllabus, pointe, jazz, hip-hop, contemporary, modern and tap are among them.

FSAD houses two performance groups: the First State Youth Dance Ensemble and the Delaware Dance Alliance. Xiques, 45, founded the DDA in the summer of 2010, aiming to combine the dance community with actors and martial artists throughout the state. (Her inspiration stemmed from her work at Sussex Central High School, where she developed a full-time dance program.) The DDA’s artistic staff includes Michelle Parisi, a former professional ballerina, and her husband, Mark Parisi, a fifth-degree black belt, fight trainer and choreographer.

Together, they produced the first full-length ballet inspired by Stephanie Meyer’s novels “Twilight” and “New Moon.” When “Twilight Ballet” premiered at the Schwartz Center for the Arts, as Dover also played host to a NASCAR race weekend, Xiques was delighted to see a line of people (clearly fans of the books and movies) stretching out the door. The production included actors, martial artists, musicians and dancers specializing in hip-hop, jazz and ballet.

The DDA’s next project was Duke Ellington’s “Jazz Nutcracker,” which included Milford’s Community Swing Sound Dance Band and paired dinner with music and dance. Xiques’ affinity for the actor Johnny Depp inspired “Pirates of the Caribbean Ballet,” which incorporated sword fighting and Irish folk dancing. The DDA collaborated with another dance company to produce an interpretation of “Alice in Wonderland,” and on April 11 it staged “Pippi Longstocking Ballet” at the Schwartz Center for the Arts.

The Fellowship grant, Xiques says, has helped the DDA purchase costumes and posters for its productions. It came on her second attempt.