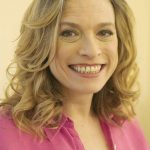 More than 90 percent of people who apply for a Division fellowship in creative nonfiction, Lisa Dill guesses, submit memoirs as their projects of choice. In a way, then, she hasn’t strayed far from the norm — she considers the project that earned her a grant as an Established Artist a memoir of the Missouri River.

In the summer of 2013, Dill and some of her cousins coaxed their family’s rickety 40-year-old pontoon boat 750 miles down the Missouri River, then gave the vessel away. Dill, 49, is writing a book that uses her trip to frame discussion of the river — its geology and biology, and the impacts of engineering and of invasive species.

She wrote six chapters about her personal journey aboard the pontoon, and then she sat down to write what she considers the science and history chapters — they are rich with action, despite the glacial passage of time that is the nature of the subject. Dill uses language that condenses the centuries and reveals the life that humans, in our relatively brief appearances on this planet, simply cannot perceive.

“I’ve never written, certainly at that length, the science of a thing,” the Wilmington resident says. It’s an unexpected confession — Dill’s storytelling is as authoritative as it is comprehensible. She has chosen a form meant to resemble Bill Bryson’s “A Walk in the Woods” — the 1998 book, which in 2015 was released as a film starring Robert Redford and Nick Nolte, intersperses discussions about the Appalachian Trail’s history and ecology with descriptions of the author’s attempt to walk the trail with a friend.

Prologue
“Too thick to drink, too thin to plow.”
Although many of us don’t remember it, it is the Missouri River, and not the Mississippi, that is the longest in North America. The Missouri has played a crucial role in U. S. history; Lewis and Clark began their journey to the Pacific there, Sam Clemens, before he became Mark Twain, learned to pilot a riverboat there, and it has supported human settlements since the Pleistocene. Until the completion of the Transcontinental Railroad, the Missouri served as one of the main thoroughfares for Manifest Destiny. And yet its reputation – ugly, foul-?smelling, ruthless, and muddy
– consigns it to the recesses of our collective memory, at least for most of us who live away from both its attractions and its menace. If the American consciousness has a river, it’s the Mississippi, home of the paddleboat and Huckleberry Finn. The river of our subconscious, however, is the Missouri: opaque, ominous, and impossible to tame…..

Dill’s other influences include Annie Dillard — “She’s the first woman who made it OK to go out in the woods and write about the things nobody’s looking at. I read ‘Pilgrim at Tinker Creek’ the first time when I was 12, and it changed me” — Mark Twain and McKay Jenkins, the Cornelius Tilghman Professor of English, Journalism and Environmental Humanities at the University of Delaware.

“I’m perfectly happy to be the butt of the joke with this book,” she says. “The reader has got to have some human beings to hold onto. But this is absolutely not ‘Eat, Pray, Love’ on a boat. This is not ‘Lisa Dill Goes Down a River.'”

For Dill, an adjunct professor of English at UD, perhaps the greatest challenge of this project, called “Wake,” is figuring out how best to transition fluidly between the personal and the scientific aspects of her journey. She has been writing since childhood and has been publishing creative nonfiction for nearly 20 years in national print, online and literary magazines. Now she is the central character of a story weaved into a larger tale.

Dill’s mother’s first cousins, a generation older than Dill, bought the 1972 Harris pontoon boat for their family lake house in northwest Iowa. It lived there for nearly four decades. The cousins’ father, who died in the late 1980s, had always wanted to take a trip like this one. So, when one of the cousins suggested they pool together funds to buy a new boat, the idea of the pontoon’s final journey was born.

“The day I got to the lake,” Dill says, “they had put it in a marina, and the motor wouldn’t start. Everybody, including me, was pretty sure it was going to sink. The family hadn’t spent money to maintain it. It was just this kind of ancient heap, except that every family memory of that lake is basically colored by that boat.”

Little more than two weeks later, their trip complete, they gave away the old boat to a family on the Osage River outside Jefferson City, Mo. It had served its purpose. The family never gave the vessel a name, as is customary. In “Wake,” however, the pontoon will have a sort of monument.