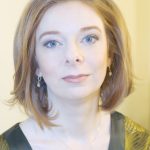 Raise the subject of 19th-century literature, and a typical response might include the presumption that it was a time of “Great, Important Literature being born, all in capital letters,” Siobhan Carroll says. People associate the period, she says, with realism, or with realistic projects, with social critiques in novel form.

But it also was a period during which genres of fantasy, be it via “Frankenstein” or stories of the detective Sherlock Holmes, were being born.

The 20th century, she says, brought with it a divide, particularly in academia, between what was considered high art and low art. That split, she says, grew into a chasm; on one side of the gulf was Realism, on the other, works such as “Lord of the Rings” and, later, “Harry Potter.”

From the late 1970s onward, says Carroll, a professor of English at the University of Delaware, “we’ve seen a real systematic attempt by various writers on both sides of the literary/speculative divide break down that barrier. And I see myself and my own work as continuing in that tradition, but from a slightly different angle.”

Her angle, which serves as a sort of bridge, is that of a practiced literary critic, “the stuff of which Norton Anthologies are made.” But part of what she tries to do with her work, she says, is to showcase how speculative fiction can work as a critical genre.

During the 2016 spring semester, Carroll is teaching, for the first time, how to write science fiction and fantasy, or speculative fiction, as some practitioners prefer to call it. The latter label, she says, offers writers more freedom to wander between genres.

Carroll, 36, was raised in Vancouver and first moved to the United States 11 years ago, earning a Ph.D. in English at Indiana University Bloomington. A green-card resident, in 2009 she joined the University of Delaware’s English Department, where she specializes in British literature from 1750-1850, a turbulent historical period known as the Romantic Century, and in modern science fiction and fantasy.

She’s interested in how literature shapes our understanding of empire, of community and of the natural world.

In “The Correspondence Between the Governess and the Attic,” which she submitted to the Division en route to earning her fellowship, Carroll confronts the separation of science fiction and fantasy from “Literature with a capital ‘L’,” as she puts it, in a retelling of “Jane Eyre” that highlights the classic novel’s fantastic elements.

“The Correspondence Between the Governess and the Attic”

By Siobhan Carroll
First published: Lightspeed, 2013
OPENING
The changeling hides in the window seat. On one side of her is glass, gauzy with rain. On the other, a thick curtain. November whistles through the crack in the window frame, but she dares not move. In this house she is a creeping, persecuted thing. Best if they don’t see her.
She opens the book. Reading, she knows, is dangerous: none of the books in the house are hers, nothing is hers, and the family will hold this small act against her. But reading is a better escape than none at all.
Boards creak. The changeling looks up from the book’s eerie paintings. She tries to breathe without noise. But she is only a frail orphan, without friends or magic, and she is not hidden well enough.
The curtain is pulled aside. Together, you are dragged into the beginning of the story…..

“Even before I could write,” she says, “I was apparently assembling pictures and telling my parents, very seriously, they couldn’t throw out all the pictures because that was my novel. It was all about horses. Horses having adventures. Somewhere in me, there’s apparently a great horse novel that never got out.”

Carroll drew the images she assembled — diagrams of horses and islands and steam engines. By the second grade, she’d decided she wanted to be an author “because it just struck me as the best thing in the world to be.” When an adult told her a favorite author of hers was paid to write, Carroll was thunderstruck.

“I am living my 8-year-old dream,” she says. “It’s kind of a little more complicated than when I was 8 years old, but I hope that at least so far in life I haven’t lost touch with that desire to tell a story that entertains people. Because at the end of the day, that’s what really gave me joy when I was young, and it’s something that continues to give me joy now. It’s something I want to share with other people.”

The grant will support her in completing some short stories and in writing her first novel, “Khartoum,” a fantasy that follows Joseph Conrad and other 19th-century figures as they are pulled into an alternative universe version of the “Victorian Jihad” in Egypt and Sudan. Her aim, in addition to providing pure enjoyment for readers, is “to challenge steampunk’s avoidance of imperialism, while also prompting reflection on the continuity between 19th-century conflicts and our own.”

In addition to a public reading tailored to her fellowship, Carroll wants to launch an event around Halloween that would bring together writers of ghost stories.