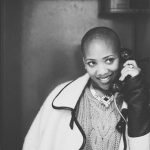 Spike Lee is renowned for his work as a director, a screenwriter and a producer, but when Kiandra Parks met with him in November 2014, his role was clear: professor and artistic director of New York University’s Tisch School of the Arts, where Parks was a graduate student.

He had read a screenplay on which she had been working, a story about growing up in Wilmington.

“You’re out of touch,” her mentor said.

The story, Lee told her, didn’t ring true to him. She had wanted to reflect a Wilmington whose dynamic young characters would reveal deeper stories than headlines permit. Maybe if she did more research, Lee said, she could improve the screenplay.

At that moment, Parks wanted only to put the story away. *If this isn’t it,* she thought, *it’ll never be it.*

Lee made a list for her. He told her to focus on a few things when she writes. Pride was at the bottom of the list. He told her to hang it on her mirror and look at it daily. It took her a year, but she followed his advice. Every day, she looks at Spike Lee’s list.

Two months after that meeting, she got a call from a friend who worked at Moyer Academy, a charter high school of about 200 students. The school’s charter had been revoked, and teachers were taking the nearest exit. Moyer Academy had a need for substitute teachers to ensure it could complete the academic year.

Parks passed a test to qualify as a substitute teacher, started in January 2015 and stayed until the school forever closed in June.

“It was exactly what Spike Lee was telling me,” she says of the experience.

Lately, Parks has been working on an online series of 10- to 15-minute episodes she plans to film this June in Wilmington. She’s calling it “The Substitute.” In joining the faculty of Moyer — which influenced, but is not literally depicted in, the online series — not only had she placed herself inside the classroom setting of the series she had imagined, Parks had given herself a front seat to the bureaucratic process of a dying school.

She took a break from writing for about a year, focusing instead on teaching.

“It was wonderful to get up every day and go to work,” Parks says. “It took me by surprise that I was so good at it, least of all falling in love with being in the classroom.”

These days, Parks, a Wilmington resident, teaches fine arts and art appreciation to seventh- and eighth-graders at Chester (Pa.) Community Charter School, which, she notes, is “between the casino and the jail.” And she’s enjoying the experience.

“Kids from the neighborhoods where I teach don’t have a voice,” Parks says. “Through active listening and even at times through their own confession I’m learning a lot about the inequalities of poverty, the failing education system, how to tell these stories and make them universal without making kids feel embarrassed about their situations.”

Parks will start filming the series in June and expects to spend about two weeks in production. Her budget, which was helped by the Division’s grant, won’t allow more. With pre- and post-production, Parks will be working through August on the project. That should allow her to air the pilot as a new school year begins.

“It won’t be bogged down by all the procedural, ‘Law & Order’-type rhetoric,” Parks says. “It’ll just be kids, and how they don’t even think about violence until something happens and someone ends up dead or in jail.”

Each episode, she says, will follow one student. Stories will reflect the bureaucracy of a failing education system set against the backdrop of a small city dubbed “Murder Town USA,” the name ABC chose for a television series set in Wilmington. Parks wants to explore the students, teachers, parents and decision-making entities such as the Department of Education, the mayor, the school board and police.

“At this point in my life,” she says, “I don’t want to do something that doesn’t matter to me.”