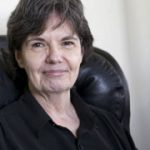 Tery Aine Griffin remembers being 3 1/2 years old, sitting on the couch with her older brother and a comic strip. He explained to her what he thought the story was about.

Prove it, she said. So he pointed to the captions and read them to her. Griffin had seen people reading newspapers before, but only at that moment did she understand they were consuming the thoughts of another person.

She felt amazement and awe. A writer, she thought, must be the most powerful type of person in the world.

Susan sips her wine and tries to concentrate on the sound of the minute hand moving around the face of the kitchen clock. It is not the same clock she learned to tell time on, with her father sitting where she sits now, finishing his coffee, smoking filterless Camels, his frown growing deeper as he watched the minute hand move. She’d studied that clock, unable to understand its language. “The numbers,” he explained, pointing at the clock with his cigarette, “mean five minutes. Each little dot between the numbers, that’s one minute. And,” he finished loudly, “if many more minutes pass before your mother gets out here, sure we’ll be late for Mass.”

“I had never met this writer,” Griffin says. “I didn’t know who this person was, and here I was, somebody reading their words to me.”

She could read and write—in cursive, no less—by the time she went to school. When a nun at her Catholic school had the children write their names, Griffin wrote hers in cursive, drawing the ire of the teacher, who took it as an affront to her pace.

But storytelling is a family pastime of Griffin’s, having come from a large Irish clan. So the Wilmington resident finds she has a knack for eavesdropping and using snippets of conversation for inspiration.

She says, “I try to work from the inside of the character out.”

She has a method, and when the summer break pulls her from teaching at Wesley College, Griffin hopes to write daily from 8 a.m. to 12 p.m.

“Some days,” she says, “I would rather clean the house than sit down and write. But it’s kind of like breathing—if I don’t write, I’m not happy. So I just write, really, because I always have.”

Her submission for the Delaware Division of the Arts fellowship grant was one in a series of connected stories that will span about 20 years in the life of a large family. Stylistically, she uses a rotating third-person point of view. The plot explores how members of the family deal with some of the adults’ alcohol abuse.