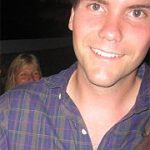 A poem’s form, Christopher Childers says, “is both an insight into its subject and the architecture that makes that insight possible. Those who regard it as adornment, embellishment or abstract Platonic grid willfully imposed on amorphous experience, do not understand how it works.”

That’s how the poet guides himself in his creative pursuit, in which he favors the structures of meter and rhyme. Childers, who teaches Latin, Greek and creative writing at St. Andrew’s School (he also coaches squash and tennis), starts with “a word, an image, a connection of two ideas. I write a few lines, in blank verse or prose, I generate some phrases, but I haven’t gotten anywhere until, groping around with intuition, sensibility and intellect, I see it start to take a shape.”

When he has found the stanza, a moment he regards more as discovery than decision, the poem’s overall structure develops.

Now hard on Turnus’ heels Aeneas flashes
his spear, tree-like, tremendous, and bears down,
taunting him fiercely, hatred in his heart:
“What’s the delay now, Turnus? Why keep running?
Enough with wind-sprints! Time to come to blows.
Go change your shape, or use whatever skill
or courage you’ve got left; wing your retreat
up to the stars, or tunnel underground!”
But Turnus wags his head: “It’s not your raging
words that terrify me, brutal prince;
I fear the gods, and Jupiter my foe.”
He says no more, but glimpses a huge stone,
ancient and huge, lying there by chance
a boundary stone, left in the field to settle
some property dispute. Six chosen men
such as the earth now rears could hardly hoist it
onto their necks; but he with a trembling hand
seizes and hurls it at his enemy,
rising into the throw in mid-career.
But not in running, not advancing, not
uplifting the great stone or hurling it
does Turnus recognize himself; his knees
totter, and in his veins the blood flows cold.
The rock, revolving through the vacant air,
does not traverse the space or land a blow.
Just as, when night weighs heavy on our eyes,
we dream we see ourselves, desperate to press
forward with eager footsteps, but in vain,
and wearying with effort we at last
give up: the tongue fails; our accustomed strength
deserts the body; no words follow speech:
so now, despite what valor Turnus musters,
the dread goddess denies and blocks his way.

“Forwards or backwards, one rhyme word produces another,” he says. “I don’t settle for first thoughts.”

Years ago, he found encouragement in several teachers – the second, fourth through sixth and ninth grades. His competitive nature drove him to succeed in a field that his father, an English-major-turned-lawyer, had loved but left.

Childers got a hold of his father’s college textbook of romantic poetry. He tried to imitate Keats, working for weeks on an epic tetrameter poem based on the Led Zeppelin song “Kashmir.” That, he says, played a key role in his development of meter and language.

His imagination has benefited from travel, particularly in the Mediterranean region. Some of the poems he considers as among his best stemmed during the past five years from a class he took with the poet Alicia Stallings on Spetses in Greece’s Saronic Gulf. He wanted to impress Stallings and her class, so he worked even more at producing quality poems.

“Not to mention there’s a kind of wild, psychedelic energy on Spetses,” Childers says, “which John Fowles captures well in his novel ‘The Magus.’ At times during the class I felt somewhat like his protagonist, Nicholas d’Urfe, which wasn’t great for my balanced state of mind, but didn’t seem to hurt my verse.”

Clunk of a gun on glass. You, powerless.
Get on your knees. The night surged round, immense,
and you plunged in and zigzagged, jumped a fence
as yard lamps flared their silent SOS

and you kept running—fighting the undertow
of dreams they chased you through, of turbid fear
you fled at parties, drowning it in beer,
raging at grades and class and the status quo,

and home, whose pastel walls prisoned your fits—
till, blackout drunk at a rock show, grimed with dirt,
you staggered from your wreck, somehow unhurt.
We thanked the Power your AA book admits.

At the beach once, the breakers where you lolled
glittered with sudden absence: you were sucked under.
The sea, which grudges neither light nor thunder,
parted and you swam crosswise when we called.

Childers, of Middletown, was in psychoanalysis for a few years and since then has worked at writing more personal, less literary or allusive poems. Many of his poems in the Delaware Division of the Arts fellowship submission, he says, originated close to home.

The grant will allow him to focus this summer on writing. He’d like to put together a collection of his poems. In the meantime, he’s begun dabbling with a blank-verse translation of Virgil’s “Aeneid.” Once tennis season ends, he says, he’ll be more likely to get work done.