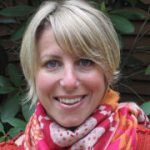 When someone looks at a painting or at a sculpture, even if it’s a bad painting or sculpture, he or she likely will immediately identify it as art. Jessica Stephens’ specialty, however, is jewelry. She often finds herself having to convince people to disregard the mass production of accessorized jewelry and recognize that hers is a medium that requires the same fundamentals of art as the more easily classifiable creative genres.

“One of my professors, I remember, had a nice way to look at it,” Stephens says. “She said that she’s had people say to her, ‘I don’t understand why you do that and would call it art.’ They’d say, ‘It’s not necessarily art,’ or, ‘It seems like such a tiny discipline. Why would you waste your time?’

“And she compared it to things — she said, ‘In biology, you wouldn’t say that somebody was wasting their time if they were to be studying ant colonies, because there may be some important information that could come out of that.’ She compares it to a lot of other fields where there are very specific disciplines within that field that end up turning up relevant, important information.”

Stephens’ jewelry doesn’t rely on gold or silver. (That’s fortunate, considering the soaring costs of precious metals.) She is drawn to the medium because of the intimacy it requires.

“The scale, for both the artist and the wearer, requires a certain amount of intimacy and closeness,” Stephens says. “I also enjoy the ability that it has to question value systems. There are a lot of alternative materials being used, not materials that are traditionally associated with jewelry — the gold, and silver, and precious stones. People are trading that in for plastics and found materials. It’s still retained a certain amount of preciousness in value not necessarily because of the materials but because of the manipulation of the materials.”

Her studio is in a refurbished barn on a friend’s property. But her craft is not her only job. She is a substitute teacher in various subjects at Indian River High School, where during the past year she also has volunteered once a week for ceramics, painting and design classes. She’s volunteered in the art room at East Millsboro Elementary school and has taught at the college level. Four nights a week, she works at a restaurant.

Stephens draws most of her ideas from nature. She likes to include synthetic materials, creating a sort of hybrid. She made a body of work that was electroformed, an efficient method of production in which a positively charged rod is placed in a bath and connected to a non-metal piece, drawing metal from another rod and forming a metallic shell around the object.

If an artist wanted to create metallic earrings that precisely replicated a bee, for example, he or she could make a mold of the bug, cast it in wax and coat it with a conductive paint. Electroforming would produce a metal shell that can be as thin or thick as desired.

Stephens works on several pieces at a time, so she may juggle three or four projects, each in a different stage. She estimates she spends a total of eight to 15 hours on each piece.

The Division’s grant, Stephens says, will help her equip her studio and promote her work. It also will alleviate the burden of material costs, which in her discipline can be expensive.