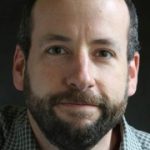 His day job often bleeds into the night, but Bill Bretzger, a photographer for The News Journal, manages to find moments during assignments to do what photojournalists eschewed years ago — he puts down his digital camera and arms himself with a film camera.

It brings him comfort, and in a way, it connects him to his more artistic photographic pursuits.

“I don’t think it’s quite reached the point where it’s an antique process,” he says of film photography, “but it’s not far away from that.”

He enjoys the analog process — during much of his typical day, Bretzger is seated before a screen, editing digital pictures. He has a few 35-mm cameras that are more than 20 years old and a medium-format camera that once was his mother’s, a photography hobbyist.

Bretzger, who has covered hundreds of Friday-night high school football games, among other sports, for his newspaper jobs, noticed in the mid-1990s while working for an Ohio paper that a lot happens during games that the sports section doesn’t need.

His black-and-white shots — which include players and spectators and focus on moments off the field, on the sidelines or behind the scenes, often before a game or during halftime — utilize fairly long exposures, which necessitates the use of a tripod. He’s been working on a project for a couple of seasons, taking along a 35-mm camera and snapping photos during the downtime between plays.

His home darkroom shares space in the basement with the laundry room. There, he shows the printing process to his 11-year-old daughter, who has shown some interest in photography, and his 6-year-old son, who likes to draw and snap photos with a cell phone.

“I wish I could say I had that dedicated space, but I’m thankful to have what I do,” Bretzger says. “There’s a sink — it’s a laundry room sink, but it’s still running water, so it’s very helpful. And even during the day, I can make it fairly dark. It’s not ideal, but it’s here and it’s free.”

He enjoys his job, but there’s something about his independent work that uniquely fulfills him.

“When I’m doing my personal work,” he says, “I’m the one doing the assigning. So there’s a lot of freedom involved in that. But there’s also a lot of responsibility.”

Bretzger doesn’t find it necessary to visit strange or exotic locales to make powerful photographs. Delaware and the surrounding region, he says, provide plenty of material.

“I’m trying to work inside the immediate area because a lot of people seem to think you need to travel to make interesting pictures, and I’ve been trying to focus on what’s going on in the immediate area,” Bretzger says. “There’s just so much to be done right around where we live, and I think people sort of miss that sometimes. I’ve been trying to promote that you can do it around here. Hopefully, that comes through in the pictures.”