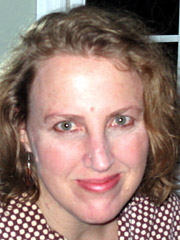 Memoirs didn’t appeal to Abby Millager. For a long time, her thought was, “Why would I want to read about someone else’s humdrum life?” The genre seemed to differ greatly from her literary love, poetry.

But recently, she found undeniable her need to write about her childhood in eastern Africa.

Time and place, for Millager, can be painful to revisit. She has begun writing on many occasions about those parts of her life, in both poetry and prose. Dredging up the memories, she says, was too painful for her to continue.

For some reason — perhaps, she says, the upheaval of her recent divorce — Ethiopia and Kenya have returned to mind. That relationship, like her youth in eastern Africa, fostered in her a sense of loss, of separation, of a disconnect.

“There’s a lot of nostalgia,” she says. “I don’t belong in Africa. I lived there from when I was 8 to 14, in Ethiopia and Kenya, and I have no claim.”

We drove through damp, rolling highlands corrugated with soft-filtered rows of tea. Like the poppy fields of Oz, this terrain was a mesmerizing contrast to the dry savannah that makes up so much of Kenya. In the middle of nowhere sat the Teas Hotel, a British Colonial country club founded by the Brooke Bond tea company in the 1950’s. The scene was this: decaying stucco, rampant jasmine, clay tennis courts with beards of weeds, a bilious pool, and silent, threadbare, starched-white-jacket waiters still ladling, cream soups from silver tureens and delivering toast in cooling racks.

Her current boyfriend was born and raised in Rhodesia, which became Zimbabwe. His family had to leave, she says, “so he was truly displaced from his whole childhood. I mean, he’s African. I don’t have that kind of claim or heartache.”

In a nod to her poetic nature, she compares her perception of that loss to having lost a tooth.

“It’s like this thing that sort of belongs to you that you had but you really don’t have,” says Millager, of Newark. “Every place is always changing, so if you ever go back to where you were before, it’s never the same. It’s kind of distressing to me.”

As a freelancer, she works remotely as a technical copywriter for a public relations firm based in Cincinnati. That writing differs very much from her creative work — the firm has an account with a specialty chemical company, and Millager, who at Yale University earned a bachelor’s degree in molecular biophysics and biochemistry, is uniquely suited to translate jargon into easily digestible copy.

Her memoir, she says, is not a chronology. It employs separate episodes, a sort of patchwork quilt — “same time, same place, just different episodes,” she says.

She’s educating herself about creative nonfiction. She hadn’t written much in that vein until recently. She’s not known for “super-clear poetry,” she says, “so I have to try really hard to make sure I explain stuff enough.”

Nonetheless, she employs poetic elements in her nonfiction.

She’ll be among the participants of a poetry and music event at 7 p.m. May 18 at Central Perk in Newark, and she’ll have a reading at the Delaware Art Museum at 1 p.m. June 16.