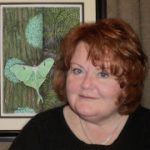 As a young girl, Ramona Maziarz spent a lot of time with in the Poconos with her grandmother. It was a quiet house — “She didn’t believe in television or things like that,” Maziarz says — and so the children explored the woods and played beneath the trees. Even now, when things get hectic, that’s her retreat. She goes off into the woods, and when she returns home, the images come back to her, and she picks up a pen.

“I think all people end up going home,” she says. “And my home is the woods.”

Her work requires countless hours of careful inking — a dot or a line at a time — and ultimately blossoms into colorful and detailed scenes.

“I use an old-fashioned tool and approach to what I do,” Maziarz says. “What it really does come down to is I like the simplicity of it. It’s just paper, it’s just a pen, and it’s just a matter of how far you want to push it.”

She had no formal training. She reckons that around the time she was in the sixth grade, an art teacher put a pen and ink in her hands, and she was off. 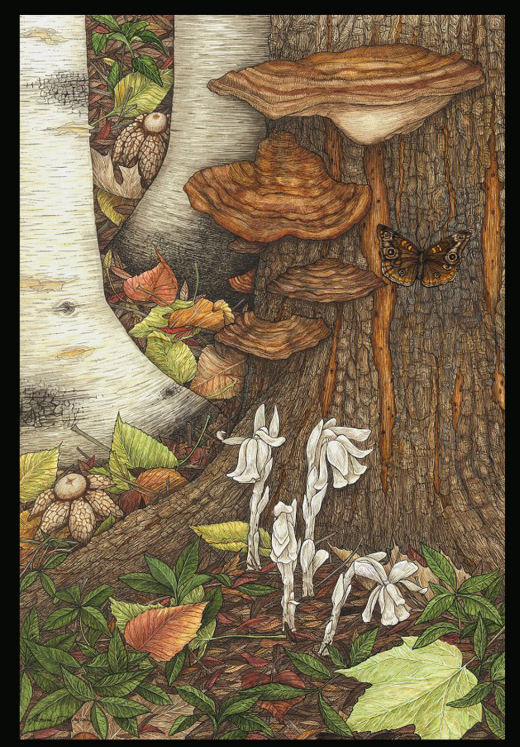 From a young age, Maziarz drew for pure enjoyment. Gradually, she focused on images of nature.

“I try to bring to my scenes a gentle acknowledgment to honor the common creatures,” she says. “I also try to bring the reality not always sought, like the weeds and bugs in a cultured garden or flowers under the glow of the moon. I like to explore and find the small things lost in this busy world, bringing creatures and bits of nature forward so we may know them intimately again.”

Lately, she’s grown interested in marshes. But wherever she walks, she notices relationships between creatures and the environments in which they live. Her work is not a pure representation of what lies before her.

“I almost never make a picture of something exactly as I see it,” she says. “That’s the job of photographers.”

In April, The Gibby Center for the Arts in Middletown hosted a solo exhibition of her drawings. With the Division’s grant, Maziarz will improve her studio space. The fellowship also will afford her time to spend four or five days in the woods “and just shut out the world for a while.”