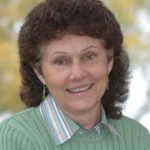 Nancy Carol Willis has known since she was about 9 years old that she wanted to be an artist. It’s a love that works well with her passion for nature—with colored pencils, she paints books filled with detailed, accurate illustrations of regional wildlife.

It gives children a better understanding of animals, she says, than they’re likely to get from cute, anthropomorphic characters.

That doesn’t mean her illustrations aren’t attractive and compelling. A major goal of hers, after all, is to appeal to the wandering eyes of children. So, in Lynda Graham-Barber’s 2008 book “The Animals’ Winter Sleep,” for example, Willis depicted “charming, but not cute,” animals adapting for survival. She used bright, clearly designed cutaway views of their winter homes to allow peeks into their world.

Throughout her life, Willis has spent countless hours exploring her environment—she has turned over river rocks, picked through clumps of seaweed and dug for fossils. She filled sketchbooks with what she found. The Brandywine School illustrator William D. White and the drawing instructor E. Jean Lanyon guided her.

But she’s done more than illustrate—Willis has volunteered as a wildlife rehabilitator for Tri-State Bird Rescue, rescued orphaned raccoon cubs and helped capture and band migratory songbirds and shorebirds.

Another collection of colored-pencil paintings is her 32-page “Red Knot: A Shorebird’s Incredible Journey”. The book, published in May 2006 for ages 7-10, “heightened the drama of visual storytelling through sequential journal entries. Use of bright colors, zooming in on the subject, altering eye-level and varying the time of day and the weather conditions enhance the sense of urgency for this critically-endangered shorebird.”

“The Red Knots are sort of a passion for me,” says Willis, of Middletown, “because they are critically endangered, and the most important stopover site for them on their 20,000-mile annual migration is right here in Delaware Bay. They’re one of the top two longest-distance migrants on our planet, and their survival seems to be tied to availability of horseshoe crab eggs.”

Willis since 1988 has been a self-supporting environmental artist, illustrator, writer and publisher. But she hasn’t had money to invest in new technologies nor to take digital-media courses. She’ll use the Division’s grant to buy computer hardware and software, and to take lessons.

“My goal,” she says, “is to combine traditional drawing with digital media to create ground-breaking book art for technologically savvy kids.

People, she says, don’t care about what they don’t understand. As she sees it, her job is to help them to learn, and to care.

Willis, who lives in Middletown, was awarded a 2009 Individual Artist Fellowship as an Established Professional from the Delaware Division of the Arts in the Visual Arts-Works on Paper category.