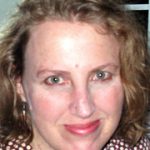 Sometimes, when Abby Millager would leave her Massachusetts boarding school to visit her parents, she would land in a place that was home in name only.

Her father worked for the United Nations in industrial development, so Millager early in life found herself unmoored. Ethiopia and Kenya once were home. She spent her first eight years in Malvern, Pa., and Washington, D.C. During the years at her Massachusetts high school, however, the locales to which she returned read like a travel guide: Austria. Barbados. Thailand.

I cannot look at you,

Can you feel it
guile your shoulder,
wire its slight
tight tentacle over your neck?
Salt, weed,

scent of oat. I see
behind my eyes,

as ice. I feel them hovering,
detached tents. So naked
inside, I am
jelly in an urchin shell, surf green
bulbous kelp,

Do we know each other? Oh yes,
as tongs know flesh, as fat
recalls the spit, I feel
you, Vesuvius, Mauna Loa, magma
hits the sea

tow feet away,
my Hiroshima.

Millager learned to adapt. Later, when she made poetry her passion, she adapted her experiences for the page. And when Millager tired of the “crusty formal verse” of her earliest work, she adapted her style.

“I think that writing and probably any kind of artistic activity is a form of discovery, and a lot of times you start out in poetry with a kernel of an idea, something that sparks your interest,” says Millager, of Newark. “But you don’t necessarily know why it’s important, … and you just have to be open to letting it go wherever it’s going.”

She has published widely, edited poetry journals, taught writing and, during her undergraduate years at Yale University, studied molecular biophysics and biochemistry. (Scientific material sometimes makes its way into her poetry.)

When Millager abandoned the formal verse of her early work, she bucked the “old white-guy poets” of the Norton Anthology, an encyclopedic collection of work ubiquitous to English students. But, she says, “it’s really important to read that stuff and to kind of digest it. I don’t think there is anything better that any poet could read, probably, than that. … But that is just one kind of poetry.”

the creature on the bull is a boy, say long hair was the style
back then. I say
her breasts face the back of the fresco, she’s fourteen

and she’s been practicing. You don’t just go grabbing bulls
by horns. Not
Without working up to it, Saturdays in pasture,

musky rivers of bark. Then you graduate: some uncle’s goat,
maybe a cow
for the size of it, but after that mostly

nobody goes for the bull. Oh sure – they’ve all seen it done,
wiry men
in traveling shows. But this girl’s different.

She goes with her friends, sees the bull’s body bowed, horns
tail pricked
like a scorpion’s sting. A glorious breeze

comes over. She sprints for the head, flips up light. The
beast, startled
or enchanted – hard to say which –

takes off. As the girl’s arms scissor his flanks, her neck and
body arch up
and back. Wispy legs, feet float-trail-

like ostrich plumes, barely fluttering shy of that barbarous
tail.

When she reads a poem, Millager is less interested in its message than in “the language and the sound of it.”

“You shouldn’t be able to paraphrase a poem.”

Millager, who lives in Newark, was awarded a 2009 Individual Artist Fellowship as an Emerging Professional from the Delaware Division of the Arts in the Literature-Poetry category.