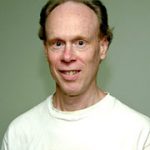 His parents bought the 60-acre horse farm, near Newark, in 1940. They moved there in ’42, after Robert Davis’ older brother was born. To this day, Davis calls Hillandale home. The horses are long gone, as are the families who rented the house in which he now lives.

The farm’s two houses, two barns and spring-fed pond have marked the lives of Davis’ family—each year from 1950-55, his brother would use a Bowie knife to carve his initials and the year into a gray birch beside a creek—but before long, Hillandale will not be Davis’ home.

In a few years, a 16-bed hospice will be steward of the land. And Davis’ memoir-in-progress, “Hillandale: A personal history of a place,” will seem to him all the more poignant.

Not long ago, the stock market punished Davis’ portfolio, so he and his brother had few options but to sell the farm. Davis feels fortunate to have found a buyer—Delaware Hospice—that won’t turn the land into another development.

I live on an oasis, in the Chemical Capital of the World, where banks and Fortune 500 companies have their corporate headquarters and land is at a premium. I watch the sun rise over a shopping center and set over a woods. On my walks I linger over the views, recalling when the dairymen sold their land and moved to Florida, or into the townhouses where their silos once stood.

He began writing “Hillandale” before this transpired. It’s set in and around 1989, but the memoir, in a very personal way, has reanimated Davis’ youth.

“The whole process of writing has awakened parts of my latent memory,” he says. “So I’ll remember events from my childhood which I don’t believe I would’ve before I started writing.

“And oftentimes the practice of writing leads me to that particular memory that I’ve forgotten. Awakens it. $hellip;

“I’ve lived on this farm all my life, and so I have a very strong sense of place. And I think because of living in one place your entire life, and having roots there, the memories of my childhood are so very vivid.”

The book, he says, is about three-quarters complete. And even as his time on the farm ebbs, Davis sees possibility in the words of Ernest Hemingway.

“He says—I’m paraphrasing here—but he says, ‘I couldn’t write about Michigan until I lived in Paris,'” Davis says. “When I move from the farm where I grew up and have lived all my life to another place, maybe I’ll have a new perspective that will help me write about my past.”

Davis, who lives in Newark, was awarded a 2009 Individual Artist Fellowship as an Established Professional from the Delaware Division of the Arts in the Literature-Creative Nonfiction category.