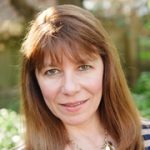 She was 6 years old, a first-grader, when she first saw and heard someone playing a flute. Kimberly Reighley was watching her elementary school band perform, and she was smitten.

“I have this mental picture of looking up,” she says, “and my eyes were absolutely on the flutes in the first row as the band was playing. And I decided, Well, that’s the one for me.”

She’d made her choice. Now she needed only to wait until she entered the fourth grade – it seemed, she says, “a horrifically long period of time” – when lessons would become an option.

“I consider myself lucky in that regard,” says Reighley, of Wilmington. “Sometimes, it takes a long time to find your passion and direction for what you want to do with your life. I can’t say in first grade I knew I was going to be a professional musician, but I certainly knew I wanted to play the instrument.”

Her brother and sister also became musically active, which makes them familial anomalies – their parents weren’t musically inclined, and Reighley, who has degrees in music performance and music history, never saw a radio in their grandparents’ home.

Now the principal flutist of the Delaware Symphony Orchestra and of OperaDelaware and flute professor at West Chester University, Reighley played piccolo for the first half of her career. She’s also fluent in baroque and alto flutes.

At her concert in honor of the fellowship, at 2 p.m. on Sept. 13 at the Delaware Center for the Contemporary Arts, she will offer a retrospective of compositions written for her over the years. She also will feature two premieres: Chuck Holdeman is writing a piccolo solo for her and Sergio Roberto de Oliveira has offered to write a contemporary piece for baroque flute and harpsichord.

Tracy Richardson, who with Reighley is co-artistic director of Mélomanie, will accompany her on harpsichord in such pieces. Since founding the ensemble in 1993, they have worked to expand the repertoire available in particular to players of the flute and harpsichord.