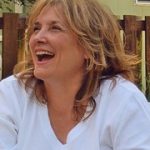 It is perhaps the longest job title held by a writer of fiction.

For nearly 14 years, Barbara E. Gray has worked at the Alfred I. duPont Hospital for Children of The Nemours Foundation, where she is administrative manager for the Center for Pediatric Research, the Pediatric Research Lung Center and the Nemours Office of Technology Transfer.

As part of her job, she proofs and edits scientific manuscripts throughout the publication process with peer-reviewed journals. After her marriage of 28 years ended with a divorce, Gray started doing a lot more than just copy editing.

“I had always done well in college,” she says. “I was always a good writer, and I always read – my choice would be either biographies or fiction. So I thought, Let’s take a course in this.”

She ended up taking a couple of courses at the University of Pennsylvania, including one in novel writing. She took another such course, sponsored by Writer’s Digest, and worked with the novelist Robert Gover, about nine years ago via postal mail. (Gover died in January at 85 in Rehoboth Beach.)

Gray started going to conferences, including one about seven years ago in Tucson, Ariz. – an Algonkian Writers Conference, run by Michael Neff, on writing novels. It was, Gray says, “eye-opening.” She and 16 other writers learned about the publication process, from finding an agent to deciding when to put a manuscript aside.

“When you start looking at your writing like that,” Gray says, “especially if you’re going to spend five, six or more years writing a novel, you really have to step back and think, OK, am I writing this only because I’m interested in the subject or like the story or the characters appeal to me, or do I really want to publish it myself if no one will take it, or try to tailor something that would be sellable on the open market?”

FRANKIE AND THE BINGO BABES

CHAPTER I
The evening bells were ringing from the Methodist church on Main Street as Ginny Jacobson stepped through the heavy wooden doors of the Grafton Hollow library and walked briskly through the twilight toward home. She was late, and if she wanted be on time for the potluck and bingo game at the VFW, she needed to hurry. She drew her plaid woolen scarf more tightly around her neck and found herself humming along with the familiar tune of “Amazing Grace” that floated across the crisp New Hampshire air. The old brick sidewalks were littered with dried leaves from the tall maples, oaks and sycamores lining the streets, and Ginny enjoyed the crunch they made under her Bass weejuns as she waded through their faded splendor. The leaf-peeking season was over, the crowds of summer tourists had disappeared, and the residents of Grafton Hollow were settling in for another long New England winter.
Ginny turned the corner onto Shady Maple Lane and saw a squirrel scamper down the steps of a nearby porch. The little animal had a peanut shell clenched between its jaws, and moved swiftly toward the huge sugar maple that stood in Ginny’s front yard, several houses away. It was Mommy Squirrel, the neighborhood pet. She had caught one of her front legs in a trap a few years earlier and had gnawed off the paw to get free. The neighborhood families had adopted her, and everyone left nuts and seeds and bits of apple on their porches to feed her and her young. Ginny watched as the squirrel scrambled up the trunk and disappeared into the craggy knot hole that hid her nest. What independence, Ginny thought, not for the first time. What innocent courage.
Read more

At one point during the conference, Neff sat beside her and asked if he could browse her work on her laptop.

“He’s flipping through, and he says, ‘You know, I like the novel that you brought for review, but it’s very dark,'” Gray recalls. “And that book is very dark. And he said, ‘You know, I think you’d be better off if you could step out with something lighter. And he’s flipping, and he pulls up something and he says, ‘You know what? I like the sound of this.’ And he read the first chapter, and he said, ‘This is what you should go with. But make it even lighter, do some reading’ – he gave me a list of books to read, which were all about women, mostly middle-aged, because a lot of middle-aged women are big book-buyers – ‘and gear it toward something that would appeal to that set of readers.’

Neff had pulled the first chapter of “Frankie and the Bingo Babes,” which would go on to earn her the Division’s fellowship grant.

Gray has written two novels that, she says, “are entombed in a desk drawer at home.” “Frankie” is her third, and she’s nearing completion of its second draft.

Gray is director of the Delaware Literary Connection and is one of three hosts of 2nd Saturday Poets, a monthly reading in New Castle County that has been ongoing for 31 years. She also freelances her editing and proofing for other prose writers.

In addition to honing “Frankie” this year, she is writing and submitting a number of memoir pieces and a few short stories.

Gray will read from her work, along with artist fellow Russell Reece, on Nov. 7 at the Newark Arts Alliance.