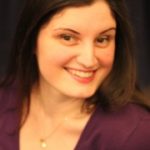 Beside the computer’s mouse at her desk in a claims-processing facility in Wilmington, Lindsey Warren keeps a pad of paper. It frees her, during any of the scattered moments when she’s not reviewing an asbestos injury claim, to write down the words or ideas or sleights of punctuation that she later might work into her poetry.

Grammatical nuances, Warren says, are “always, always, always on my mind. Commas keep me up at night. What might seem to somebody else the smallest detail is a giant piece of whatever it is that I might be working on.”

The natural world inspires much of her poetry, as does the inner world of emotions. (Warren, 29, takes particular interest in how humans use metaphors from nature to relate to each other, especially in the realm of love.)

“I really find a lot of inspiration from feelings that don’t have a name,” she says. “Our emotional lives are so much more complex than just ‘happy’ or ‘sad’ or ‘angry.’ There are whole different gradations of just one emotion, a whole bunch of different colors to that one emotion. And I like to explore that, and talk about it, and recognize it. And that, in itself, makes my own emotional life a bit more empowered.”

Before taking her desk job, Warren worked more than a decade in places that seemed aligned with her passion: She got her first library job when she was a month shy of 16 years old; she left her last library job in April 2014.

You have forgotten the ocean.
Not uncommon. After all,
summer leaves it to strangers
to look after you.
You remember
the brilliant white light of scales and how
it made your teeth ache.
You pause,
wince at the retreating wave
as it drags its net of sparkles
across the sand,
and splash a few steps.
Your feet cool.
The red dye of the shore
washes away.
Water chains your ankle.
You’re in.

“In a library, you have so much information literally at your fingertips,” she says. “The negative side, obviously, is that you’re there do a job, so you really can’t read all day.”

Among the accoutrements of her years spent enforcing the Dewey Decimal System is the collection of former colleagues she calls her “library family.”

As Warren sees it, language is “a living mirror for our own human entanglements with elemental forces.” She’s been working on an ambitious book-length poem, “Earth Drafts,” that explores her obsession.

“I used to be rapt with the stormy freedom of surrealism,” the Newark resident says, “but have in the past few years infused a zeal for the lyrical in my poems. Relaying ideas of beauty, feeling and detail in this way has helped me to reach the reader.

“The act of creating itself fascinates me. I am not interested in the poem as a finished, typed work so much as a dynamic happening between words and the void of the page.”

With the Division’s grant, she’d like to self-publish a collection of poems on which she’s been working for a long time. Warren, meanwhile, will read with poet David Kozinski at the Manayunk-Roxborough Arts Center (April 12); at the Bear Public Library (6:30 p.m., April 29); in Wilmington at the Jackson Inn’s Second Saturday reading (5-7 p.m., June 13); and in the Milton Poetry Series at Irish Eyes (7-9 p.m., Oct. 28).