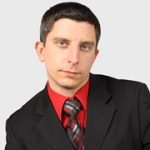 He approaches his compositions without a sense of ethnic or national identity, so Kevin J. Cope feels no inhibitions in using the music of other cultures as a starting point for the creation of his own, unique voice.

“My sense of melody and harmony is a little different than everybody else’s,” says Cope, who teaches guitar at several institutions, including the University of Delaware Community Music School. “It’s always sounded like me, but trying to veer away from sounding particularly Middle Eastern, sounding particularly jazz, sounding particularly rock, trying to fuse those all together, I’d say I have a sound that I really like. I’m sure it’ll be morphing as I continue composing, as well, but right now, I’m happy with my sound.”

In his latest projects, Cope has sought to fill niches that have become evident to him through speaking with many musicians. He strives to write “simple and complex music that remains true to my artistic vision,” he says, “but can be marketable to its desired audience.”

Cope, 33, started composing while an undergraduate at Bloomsburg University, where he earned a bachelor’s degree in music for audio recording. (He later added two master’s degrees, in music composition and guitar performance, from the University of Delaware.) Since first earning a fellowship from the Division in 2011 for music composition, he has completed several commissions, including works for solo guitar, guitar and voice, guitar and saxophone, choir, and concert band. In 2014 alone, there were premiere recordings of his saxophone-and-guitar piece “Origin Unknown: A Pole Was Journeying,” by Duo Montagnard, and of “Kuitra” by guitarist Zachary Johnson; the University of Texas at Brownsville guitar ensemble played the Austrian premiere of his “Hedera Hellix.”

This year, Cope’s largest project will be the recording of his first solo guitar composition CD. Aiming for completion by this fall, he’ll include many of his darkest solo guitar works, including many he already has written and with another two he has started to compose.

By “dark,” Cope is referring to the use of dissonance, with musical scales leaning to the minor side – “expressively emotional,” as he puts it. To the extent that rock influenced his approach, Cope says, there’s a bit of aggression at times. And there’s a bit of melancholy – he wrote one piece for a cousin who died during the past year. The compositions range in length from about 2 minutes to about 10 minutes.