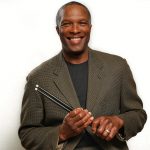 “Music lifts the heart, soul, and spirit of people, and I am honored to be a vessel in which this gift is carried.”

Composer Todd Kilgoe has always had music as the soundtrack to his life. His father and uncle played in a notable Top-40 band, and right from the start, the youngster was motivated to pick up sticks and play the drums. But Kilgoe embarked a totally different musical path from those early familial influences. “My attraction was to jazz,” and so he started taking lessons with Skip Rohrich and the legendary Delaware jazz drummer Wilby Fletcher, Jr.

Now a Bear resident, Kilgoe grew up and has lived in Delaware all his life. He was born in Wilmington and – with a brother and sister – was raised in New Castle County. After graduating from Newark High School, he attended the Art Institute of Philadelphia, where he studied the music video business.

In 2000, Kilgoe set out to learn more about recording equipment and producing, and now – along with composing and playing – he’s also an experienced studio producer. The fields cross-pollinate throughout all his work. As a composer, “my artistic inspiration comes from the sounds of all instruments and the process in which music is created,” and his studio skills – writing, playing, engineering, and mixing – allow Kilgoe to compose with “the freedom to create sounds infinitely . . . using combinations of live and virtual instruments.”

Parallel to performing and writing music, he has worked in the tree care industry for over 20 years, a job that has taken him throughout Pennsylvania and Delmarva and to the U.S. Virgin Islands. “Nature and life inspire and engage me to hear and create music,” and side-by-side with his outdoor work, he has continued to build his busy artistic career.

Kilgoe has played drums professionally with a host of jazz musicians and bands in the region, but his first time out of the country was on a European tour “as a roadie supporting Fostina Dixon.” He continues playing and working closely with Dixon, who was also awarded a 2021 Division Fellowship.

In 2010, Kilgoe co-produced Dixon’s gospel-jazz recording Here We Go Again (which received raves), and his current compositions are highlights of her newest CD (also popular on the smooth jazz charts) titled Vertical Alignment. Honoring the legacy of his own teachers, Kilgoe has also been a drum and percussion instructor for the organization that Dixon founded, the Wilmington Youth Jazz Band.

These days, Kilgoe finds himself especially challenged to “learn the [newest] recording methods [and ways] to get my music out.” And since the pandemic has cancelled live performance opportunities, he is finding that he has extra time to “hone my skills as an audio engineer and focus on writing music.” The Division’s Fellowship – awarded for his compositions that fuse a myriad of styles and influences – has given him extra inspiration. The composer plans to continue working as a musician, song writer, and producer, “very appreciative of this opportunity” that allows him to reap the ultimate reward of why he does what he does, “getting to work with great musicians.”