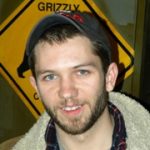 He was taken as a child from his drug-addicted mother by a fundamentalist preacher and his manicurist wife in Texas. For 16 years, they moved along the Sun Belt. Home was anywhere, from trailer parks to the back rooms of churches.

Years after the family settled in Louisiana, an intense illness hit the preacher. Must be a demonic possession of the boy, the parents figured. His homosexuality revealed, the community soon shunned the young man. In the wake of Hurricane Katrina, he drifted penniless. He left America with strangers to live in Romania before returning; a third family – an outspoken gay Republican with Parkinson’s Disease and his partner, a professional French horn player in Delaware, adopted him.

James A. Smith tells this story in “Until the Harvest,” which, with the encouragement of a University of Delaware professor, he expanded from an essay.

“This is great,” Ben Yagoda, who led the writing workshop, said after reading the piece, “but we’re writing nonfiction here.”

“This is nonfiction,” Smith replied.

Yagoda’s hesitance makes more sense when one considers that Smith is but 24 years old.

“Until the Harvest” is a product of Smith’s turbulent youth and a testament to his years of sneaking time in a small closet to write stories and read works such as “Catcher in the Rye” and “Beloved.” Those early inspirations have yielded to writers including Raymond Carver, Denis Johnson and Tobias Wolff. (Smith admires how, with stylistic simplicity, they notice and expand upon deep meanings they find in daily life.)

If This Is How It Is, How It’s Going to Be (Excerpt from Chapter 1)

We were locked out.

Mother had locked herself in the bathroom. In her tub water. Above her, the grass smoke and vapors eddied around. The radio played Aerosmith. And in the bedroom, a ceiling fan swirled above us, making the clack sound over and over. A man was passed out in the kitchen. We could hear him snoring. Justin knew the snore: he would tiptoe in and sip from the man’s whiskey bottles. He would climb onto the countertops and swallow Jack. He was four years old.

Writing, for Smith, follows experience. He drove a freight truck for the Red Cross in response to Hurricane Katrina. These days, he’s a trucker. It fulfills a longtime curiosity, supports his writing habit and allows him many hours on the road with a voice recorder, he fills with thoughts to revisit during his time off. (He also works in construction, specifically roofing and siding.)

“A lot of this story has to do with Southern Baptists, and then there’s a part that takes place at a Pentecostal school,” Smith says. “It’s really easy to box those kinds of people in, and I’ve heard a lot of people say, Oh, you should never talk to them again.

“But these are people. These are human beings with dreams and fears, and they wake up and have coffee in the morning and they look at the moon in the evening, and that makes it a lot more complex. And it’s important that we don’t box anybody in like that. And I’ve seen it all the time.”

The Division’s grant will allow Smith valuable time during which he’ll read voraciously, hone his narrative voice and rewrite “Until the Harvest” as a book-length memoir.