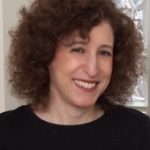 Rachel Simon is in the midst of a literary whirlwind. The writer’s next book, to be published in May, blends her knack for fiction with a stew of nonfictional material. Twenty years after the first of her six published books, she continues to find and clear her own path.

“There’s no map,” says Simon, 51. “It’s not like going to med school, where you do this, you take this exam, you go to this school, after four years you do this. It’s completely amorphous. You have to figure it out yourself, figure out what your standards are and how you’re going to reach them.”

At the end of the night that would change everything, the widow stood on her porch and watched as the young woman was marched down her front drive and shoved into the sedan. The girl did not fight back, bound and tied as she was, nor did she cry out into the chill autumn rain, so surely the doctor and his attendants thought they had won. They did not know, as the car doors slammed shut, the engine came on, and the driver steered them down the muddy hill toward the road, that the widow and the girl in the back seat had just defied them right under their noses. The widow waited until the taillights reached the bottom of the drive, then turned and entered her house. And as she stood at the foot of the staircase, hoping they’d show mercy to the young woman, and worrying about the whereabouts of the runaway man, the widow heard the sound the doctor hadn’t been seeking. It was the sound that would always connect her to the girl, and forever make her remember the man. It was the sweet, deep breaths of a hidden person. A sleeping stranger. A baby.

She sold her first book at 29, and it was published when she was 31. Her first two books were a collection of short stories and a novel; some of the former and all of the latter, Simon says, could be considered magical realism. Both dealt with intimacy.

But soon thereafter she began reading contemporary memoirs. Simon was surprised to find herself moving from fiction to nonfiction. Her third book was an inspirational guide for writers. Her fourth and fifth were memoirs.

“The switch,” she says, “was easier than I’d expected. I already knew the tools for creating narrative arcs, and found I enjoyed applying those tools to the challenges presented by nonfiction.”

Her sixth book sees Simon returning to a different sort of fiction – her latest such stories are set in the real world.

But Simon considers her growth as a writer as more expansive than a path from magical fiction to memoir to realistic fiction; she also has shifted from themes of intimacy to those of disabilities. (Her first memoir was about her relationship with her sister, who has an intellectual disability.)

As is the case with many writers, Simon has had various day jobs, but since 2007 she has written full-time. When she worked outside the home, she would dress in her own distinct style. Inside the house, she wears something a bit less unique.

“I used to have this fantasy that when I grew up,” she says, “I would be able to buy an outfit like the guys who work at the service stations – you know, I would have my name over the pocket – and every day I could wear exactly the same thing, and it would be one thing that I didn’t have to think about.”

And so she goes to work each day, the words her tools, the stories her vehicles.

“I have been wanting to stay on the fiction path that I’m now back on from this book, which comes out in May,” Simon says. “What has been proving immensely challenging is carving out time to be working on the next one. So my expectation is that I will be using the grant money to seclude myself and shut out the world.”