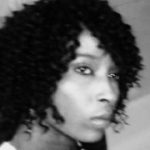 Among Joy Robinson’s earliest memories is a day when she was about 3 years old. She was in a room with her aunts, who were collaborating on a “healing quilt.”

Robinson, of Wilmington, is native of Philadelphia with roots in Eritrea, Portugal, and Sierra Leone. She spent many summers at her maternal grandfather’s home on St. Helena Island, S. C., and for a time raised her children there. While in South Carolina, she dipped into her Gullah heritage and her natural environment to find inspiration for her works in fiber.

Years earlier, Robinson learned from the Miccosukee of southeastern Florida about textiles, beading, pictorial linguistics and weaving. She was raised in a family of seamstresses, basket-weavers, quilters and doll-makers. By 17, she was a seasoned potter and builder of kilns.

“I gravitated more toward fashion,” she says of her younger days. “I wanted to do the fashion thing, but I came back, as they say, to my home.”

She has come full-circle, embracing her notion that folk artists were “the first recyclers,” plucking discarded items and injecting new life.

“As artisans, as generations go on, we take from the past and we make it our own,” says Robinson, 41. “It’s just a natural current.”

It also is the way one of her latest projects, a life-sized, pointed-bottom female doll called a Jou Jou Mama, was born. (“Jou Jou,” of West African origin, refers to supernatural power ascribed to an object.)

“The very form of this doll is ancient,” Robinson says. “I don’t know what culture could claim her, because we know that symbol goes way back, from ancient Samaria to ancient Egypt. And so I tweaked her a bit. It’s a natural thing for artists to reach back and to bring what was then and to incorporate what is new.”

She intends to use the Division’s grant to complete the Jou Jou Mama doll, versions of which she typically renders smaller, and perhaps to create more. Robinson then wants to put up for auction the life-sized Jou Jous, with proceeds going to Delaware nonprofit arts organizations. “We as artisans, I feel,” she says, “have an obligation to give back in whatever way we can give back.”