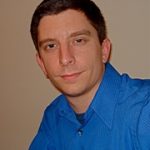 In a time during which viral electronic mashups can launch careers, Kevin J. Cope has made a name for himself as a composer and guitarist by blending elements of Eastern and Western musical traditions. A listener might notice segments of his work that allude to popular music, but those are bathed in sounds from the Arab world and parts of Asia.

“That music still sounds very exotic to our ears,” Cope says. “It allows you to write music that’s not too intellectual, so to speak, but you can still be tonal. … I try to remain tonal and by using these Eastern modes.”

He most often explores the connections and turmoil between Eastern and Western cultures – Eastern modes provide harmonic and melodic foundations and are informed by Western phrases, meter and formal structures.

Cope’s music is at times hauntingly simple – the repetition of two chords on an acoustic guitar, for example, can set the pace for a gently meandering wind instrument – and at times vibrant, brisk.

“It is my desire,” he says, “to continue to write music that accessible and intellectual without fear of either. Whether it be tonal or atonal, metered or unmetered, or any other variation, my work will always attempt to speak to its audience as an equal and not as a lesser.”

“If I was just a performer, you might end up with a recording, but usually not,” he says. “Usually, you don’t end up with that concrete piece of paper. In the long run, you have this musical piece that you wrote, but it’s also kind of a visual art, as well. The art on the page is also attractive to me, so I like doing the engraving.”

The Division’s grant will help him with a scheduled recording session for four of his pieces. And on Oct. 8 at 5:30 p.m. in Gore Recital Hall at the University of Delaware, he’ll present a recital of his compositions.

“One of my greatest goals to achieve through composition,” Cope says, “is dissolving the American popular concept that art music is too cerebral to be enjoyed by a wider audience.”