The Arts Summit brings together Delaware’s arts community to connect, learn, and get inspired. The speakers and sessions will illuminate ways to create value and increase the impact of the arts to purposefully enhance well-being, understanding, learning, and creativity for all. 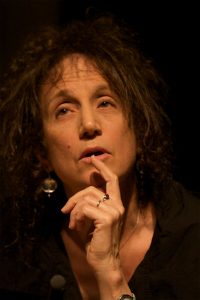 What roles can art have in fields as diverse as faith, aging, particle physics, war-time medicine, and human rights law? What happens to our various fields of study and action when we collaborate across disciplines and domains? How does sharing these ideas sustain inquiry, innovation, and the emergence of new knowledge? In this talk, MacArthur Fellow, choreographer, performer, writer, and educator Liz Lerman will tackle these questions, as she has over decades of dance-making about urgent real-life issues. 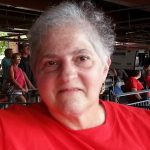 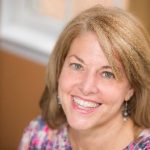 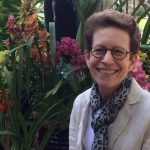 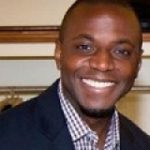 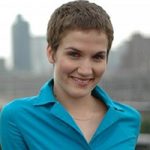 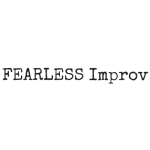 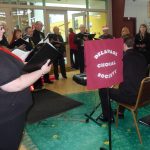 2017 Arts Summit keynote speakers and workshop leaders are sponsored, in part, by the Delaware Department of State. The Department of State strives to improve public access to arts and history and improve the quality and increase the use of historic, recreational and cultural assets that make Delaware an attractive place to live, work and visit.

Liz Lerman is a choreographer, performer, writer, educator and speaker, and the recipient of numerous honors, including a 2002 MacArthur “Genius Grant”, a 2011 United States Artists Ford Fellowship in Dance, and a 2017 Jacob’s Pillow Dance Award. A key aspect of her artistry is opening her process to various publics from shipbuilders to physicists, resulting in both research and outcomes that are participatory, relevant, urgent, and usable by others. She founded Liz Lerman Dance Exchange in 1976 and led it until 2011. Her most recent work, Healing Wars, toured across the US in 2014-15. Liz conducts residencies on Critical Response Process, creative research, the intersection of art and science, and the building of narrative within dance performance at such institutions as Harvard University, Yale School of Drama, Wesleyan University, Guildhall School of Music and Drama, and the National Theatre Studio among others. Her third book, Hiking the Horizontal: Field Notes from a Choreographer, was published in 2011 by Wesleyan University Press. As of 2016 she is an Institute Professor at Arizona State University.

Carol E. Barnett is a planner for the DE Division of Services for Aging and Adults with Physical Disabilities.  She has worked with and for people with disabilities for most of her life, and presently is the caregiver to her adult brother with cerebral palsy.  She and her brother are ardent supporters of the arts and enjoy participating in a range of arts programming throughout the state. Since her brother is a wheelchair user, she has first-hand knowledge of the accessibility challenges faced by the physically disabled.

Carol has a B.A. in Special Education and a Master’s in Education and at one time was a special education teacher and tutor.  She also served as a Recreation Supervisor for New Castle County Department of Parks and Recreation, designing and implementing programs for persons with and without disabilities.

Kelly Barsdate is the Chief Program and Planning Officer at the National Assembly of State Arts Agencies (NASAA). Kelly has worked with state arts agencies for more than 25 years, charting the highs and lows of public funding for the arts during multiple recessions and swings of the political pendulum. She oversees NASAA’s research, communications and leadership training and helps arts organizations make a compelling case for public dollars. Kelly is the original author of Why Should Government Support the Arts? and numerous policy analyses for public agencies, cultural advocates and elected officials. She has led NASAA’s collaborative initiatives with the National Governors Association and the National Conference of State Legislatures. Kelly holds a Change Leader certification from the state of Utah and is a contributing editor of the Journal of Arts Management, Law, and Society. Her arts background includes studies at the Oberlin Conservatory of Music as well as training in dance and ceramics. Born and raised in Alaska, she is an avid bird watcher and nature enthusiast.

Sheri Wilensky Burke is an experienced leader in volunteer management, board development and special events.  With 30 years of experience working with national non-profit organizations, she understands that volunteers are the soul of any non-profit.  Sheri has worked at the American Lung Association (ALA) National Headquarters setting strategic direction and providing consultation and training in volunteer management and board development to the nationwide organization.  In addition, she has developed volunteer programs in New York for the National Multiple Sclerosis Society and Volunteers of America. She is an active volunteer industry presenter and the author of numerous articles.

Randi Korn is Founding Director of Randi Korn & Associates, Inc., a company that partners with cultural organizations to conduct evaluations and plan their work around achieving impact. Prior to starting RK&A in 1988, Randi had held a variety of positions in museums, including executive director, exhibition designer, interpretive planner, and evaluator.

Randi shares her enthusiasm for evaluation and intentional practice at conferences, in journals, and in the classroom through guest lectures at Johns Hopkins University, University of Washington, and The George Washington University, where she was an instructor for 18 years.  She served on the board of the Visitor Studies Association and as a Research Commissioner for the National Art Education Association.  Her publication, “The Case for Holistic Intentionality,” underscores her commitment to helping staff in museums work collaboratively to pursue intentional practice to achieve impact.  She strives to help museums demonstrate their value in people’s lives and communities.

Chris McLeod is a strategic marketing and branding professional focusing his talents on the arts. He has worked with such esteemed organizations such as Maryland State Arts Council, The National Urban League, Arts Council of Indianapolis, Arts Services Initiative of Western NY, and the Soulsville Foundation to name a few. He is a regular speaker at various conferences around the country, sharing his knowledge about how to use a strategic marketing approach to build audiences and engage underserved communities.

Based in Washington D.C. he sits on the faculty of the National Arts Marketing Project Conference of Americans for the Arts and is Co-Founder and Chief Strategy and Branding Officer of ArtUp, an initiative to use the arts as a tool for social change in disinvested communities of color.  He is also a dedicated member of Kappa Alpha Psi fraternity, serving as a mentor for college-bound young men in Massachusetts, New York City, and Washington D.C.  He received a B.A. from Amherst College and an M.B.A. in Marketing from Howard University

Jennie Smith-Peers is Executive Director of National Center for Creative Aging, leading the nation in supporting capacity building, cutting-edge research, and public policies for older adults in the arts. Prior to her tenure at NCCA, Jennie served as Executive Director of Elders Share the Arts, a pioneering arts and aging organization headquartered in Brooklyn, NY.  Under her leadership, ESTA became an active advocate for older adults within the New York City cultural field, and developed an innovative cross-sector training program with the State Office on Aging and the Arts of Pennsylvania, now one of ESTA’s signature trainings.

Jennie holds a BFA from Emerson College; is a graduate of Antonio Fava’s Stage Internazionale di Commedia dell’Arte in Reggio-Emilia, Italy; and is currently finishing her graduate degree in Drama Therapy from NYU, focusing on ways reminiscence can support the long-term remission of late-life depression. You can follow her on twitter @DignityInAging

Fearless Improv, featuring cast members Jana Savini, Mary Catherine Kelley, Dave Duszak, and George Tietze, uses listening, support, and yes-anding to create a show, on the spot, that magnifies the absurdity of the human experience. See what happens when there are no mistakes, everything is a gift, and everyone has your back. Their scenes are based on audience suggestions, so you are a part of the show too! Fearless Improv is presented by City Theater Company.

Formed in 2014, the Delaware Choral Society (DCS) Outreach Ensemble is a subset of DCS. The group, directed by James Byrne and accompanied by Bryan Roscoe, performs for business and civic events as well as in hospital and residential facilities. The group’s repertoire includes seasonal favorites including American folk tunes, Irving Berlin, George M. Cohan, classical, pop, and patriotic selections. Instrumental accompaniments are provided by the group’s members.