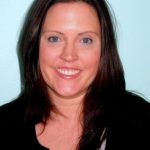 “I am endlessly grateful for the influence books have had on my life. They are my truest friend and my greatest love.”

Ann Marie Brzozowski has been reading and writing her entire life. From childhood, she created stories and – as a little girl with a book in her hand – dreamed of being a writer; “I read like it was my lifeline.” Those women authors who were her early influencers – Laura Ingalls Wilder, Lucy Maud Montgomery, Frances Hodgson Burnett – have given way to inspiration from others like Flannery O’Connor, Shirley Jackson and Alice Walker, but Brzozowski still finds that (as it was when she was young), writing is her “attempt to order the world, to survive the world, to return something to the world.”

A lifelong Delawarean, the Wilmington resident attended college in Philadelphia and then returned to the First State, where she has been a high school teacher for 21 years. “I love my work but writing has always been my first and truest love.” At age 35, she stepped up her commitment to the practice and began keeping a daily blog, promising to reward herself with a graduate school application if she kept her journal for a year. She did, and in 2016 Brzozowski achieved her ambitious mid-life goal: She graduated from Bennington College with an MFA in Fiction.

Currently, the writer is at work on three projects – a memoir, a collection of short stories, and a powerful novel (titled Hail Mary) that she submitted for the Division Fellowship. Though she’s a lover of language and lyricism, she “struggles mightily with plot . . . plot kills me.” But the joy she finds in her work – and one of her greatest rewards – is “when I read something a day or two after I wrote it, and I don’t remember writing it.” When the language she sees on the page surprises her, it’s then that she realizes that “I got to that other place in my head . . . the place where filters fall away.”

This is how it began.

Mary’s father might beat the black dog because someone forgot to remove laundry from the washer’s metal belly for a few days. Now the clothes were stiff and stank like old people’s shit. The dog might get a beating because it was a Tuesday night and her father had to work in the morning, or else it was a Saturday morning and the asshole across the street had to mow his lawn at 7:30 AM and wake up the whole neighborhood. Or it was too hot outside and the flowers kept dying. It was too cloudy. Leaves blew all over his lawn after he’d just raked it because the asshole next door was retired and apparently didn’t have to take care of his house anymore. It kept snowing. Her father was sick to death of shoveling the goddamn driveway. He had a bad back. Did anyone even know he had a bad back? It rained for a week straight. He hadn’t seen rain in two months.

As well as leading her to the life-long love of writing and to her teaching vocation, books as concrete artisanal creations also have a great influence on Brzozowski. She loves making journals and binding books; in addition to providing intellectual stimulus, the book’s physicality is something that also moves her.

Coming now, the Division’s accolade is meaningful both personally and professionally. Grateful for the “fellowship and for all of the hard work that goes on behind the scenes to make this happen,” Brzozowski may use her award to apply to BookEnds, an intensive year-long writer’s workshop at Stonybrook. But for her, it’s on the personal level that the Fellowship resonates most strongly. “It’s the first and only recognition I’ve received as a writer . . . encouragement when things are really hard. It’s a light.”