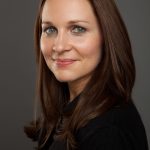 “Sometimes when I’m in rehearsal, I look down at my instrument and think, ‘Wow…how did I get here?’ It’s been a wonderful and wild ride, singing my life song through the oboe.”

Her love (and mastery) of the oboe has taken Merideth Hite Estevez worldwide. She’s studied in New York City (a Juilliard doctorate in oboe performance); in New Haven, Connecticut for a master’s degree; as a Fulbright Scholar in Germany; and at the Cincinnati College-Conservatory of Music. She’s taught in North Carolina and Mississippi, and since 2017 she’s happily ensconced teaching at the University of Delaware. In the First State she has both found and created vibrant artistic and spiritual communities. But her musical journey was an unexpected one.

The accomplished oboist grew up as a middle child (of four) in a hugely sports-oriented family (“think Friday Night Lights”). Her very small hometown of Abbeville, South Carolina named the high-school stadium after her grandfather. “I think my parents were a little shocked when I chose the oboe during 8th grade and quit cheerleading to be in band.” But they wholly supported her unexpected choice, driving great distances for her lessons and youth orchestra.

Estevez and a cousin are the sole musicians in her large extended family, and she was riveted as a child by Barbra Streisand’s musical and dramatic flair. Then she received a box set of Aaron Copland’s orchestral music, and “listening to Appalachian Spring over and over . . . put music to [my] feelings and dreams. I was hooked.”

As well as exploring the big issue of “why we classical musicians do what we do,” Estevez also grapples with a more visceral challenge – reeds! “The quality of the reed determines the sound, and us double reed players make our own. The process is long and complex!”

Inspired by husband Rev. Edwin Estevez (“a fantastic Latin percussionist – we are a study of opposites”), Estevez also draws on her own spirituality as director of Lumina Arts, a transformational artists’ program in Wilmington. She’s buoyed by two ever-present, powerful connections: between audience and player, where“music has a unique power to help us feel our feelings;” and the deep communion among musicians onstage, “inside a work of art unfolding in real-time.”

With her Division Fellowship, Estevez hopes to design and perform a series with Delaware artists that involve multiple art forms. “I feel so lucky to live in a state that supports its artists, not just with moral support but with actual dollars and cents,” and she looks forward to giving back to audiences through the beauty and music of the oboe.