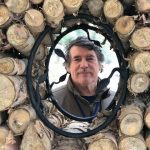 Lloyd Shorter is a lifelong listener. He listened to the oboe at age ten, and once he started playing the instrument, he couldn’t put it down. Shorter became fascinated by chamber music in high school, and ever since, the 2018 Masters Fellow has been surrounded by music – studying it, teaching it, performing it and – critically important – hearing and responding to it.

Taking his own advice to seek new experiences, in 1990 Shorter became a member of Relâche, the Philadelphia contemporary chamber group where he is now Co-Artistic Director. The eight-member ensemble has an unusual grouping of instruments, and so they have commissioned and recorded many works that expand the chamber music repertoire. Through Relâche and its commitment to new music, Shorter has been able to work with many major American composers and to perform worldwide.

In a lifelong career of artistic depth and dimension, the virtuoso musician is a much-sought-after musical collaborator throughout the region, as well as an admired orchestral musician. Among his other symphonic commitments, he is now in his 46th season playing English horn and oboe (as member and soloist) with the Delaware Symphony.

Throughout his teaching career, Shorter has sought to transmit that “when we teach, we must respect every student and – first and foremost – communicate our love of music.” A legion of his students attests to his mentorship and ability to both listen and inspire, and he has even taught two generations of oboists in one family.

In 2015, Shorter retired from a 36-year tenure as a revered music professor at the University of Delaware. In addition to traditional pedagogy there, he experimented with Internet2 technology, crafting honors courses that featured artists such as Philip Glass and Merce Cunningham live in his classroom.

Continuing to merge performance and technology, Shorter plans to use his Fellowship Award to explore more new music, including “compositions of my own with digital pedals and patches and live English horn/oboe inputs,” playing in concert with technology and experimenting at his own pace. “I look forward to every opportunity to perform, and it’s a joy to share what I have learned. We need the arts now more than ever!”