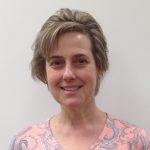 When Yolanda Chetwynd first started painting, her maternal grandmother would sit on her own hands as she watched.

“She was so itching to take the brush out of my hands and paint it for me,” she says. “And I really appreciate the fact that she sat on her hands, because I could see her shaking, but also knowing that it was important for me to do it, and to struggle.”

Chetwynd comes from a family with deep artistic roots. Her maternal great-grandmothers both were artists. Her grandmother was a singer. Her father was a writer, as was his grandmother. Her mother is an artist.

Chetwynd says that her mother, who was in her 50s when she had her first show, in London, has made some of her favorite paintings.

“She’s not a professional painter,” she says, “but she definitely has a fantastic eye.”

That eye has helped her mother to acquire what Chetwynd considers quite a nice collection of contemporary art.

“We were surrounded by art,” Chetwynd says, “and a lot of those people became friends. They’re not very well known here, but they’re incredibly good artists. So I never thought it was really weird to become an artist, because I was surrounded by them.”

Chetwynd’s watercolors are painted directly from life; she paints with oils and acrylics inside her Delaware studio.

Color, she says, plays a strong role in her creative process. Mixing hues from pools of color “enhances the drama of the ensuing stories shown on canvas,” Chetwynd says. “They provide clues and clarify and hold the segments of the story together.”

Her paintings often explore stories influenced by her visits to India during the past 30 years. She has become very familiar with several Indian communities and has formed lasting bonds, which, she says, enable her to depict impressions, in vibrant watercolors and oil paintings, of Indian street scenes.

“The wandering nature of my European Jewish heritage,” says Chetwynd, of Newark, “and my husband’s displaced Hindu family, relocated to India during the 1947 partitioning, has resonated strongly throughout my life and in my paintings.”

She paints figures who often appear staged, standing with well defined legs balanced on arched feet. This is intentional — their powerful stance, she says, gives them a feeling of permanence and presence, and keeps them grounded in their surroundings.

The Division’s fellowship has enabled her to embark on an ambitious series of paintings whose storyline spans 75 years. Her husband’s parents, who were Hindus living on land that would become part of Pakistan, had to flee to India. They were part of the largest mass migration in human history, the partitioning of India in 1947 after the dissolution of British rule.

Chetwynd’s series will comprise 10 paintings, each rendered with acrylics on a shaped wooden panel.

“I’m hoping that I’ll be able to get this whole story across and that, even though it’s very specific, it will be a kind of universal story about migration and having to start again and rebuild lives,” she says, “which kind of politically fits into what’s happening to people in Syria.”