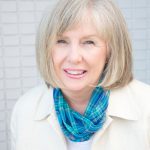 These, author Kathy Canavan will remind you, are facts:

On the night of Abraham Lincoln’s assassination, the killer, John Wilkes Booth, jumped 10 to 12 feet from the president’s box at Ford’s Theatre onto the stage below. At one point, he held above his head a bloody knife.

Earlier, Booth consulted a Latin scholar to ensure he would correctly pronounce the words he would yell later that night.

“All those things just seemed unbelievable,” says Canavan, whose book “Lincoln’s Final Hours,” about the ordinary people who surrounded Lincoln on the last night of his life, includes 771 footnotes. “So I wanted to make sure that readers knew, yep, it’s all true. And I also wanted to make sure that anyone who read it, and who wanted to write about the assassination, wouldn’t have to reinvent the wheel. Because it took me five years to find all those facts, and I didn’t want to do that to anyone else.

“There were some pretty jaw-dropping things that happened that night, and I wanted to be sure that people would take them as truth, and use them in the future, as well.”

The city directory listed 111 boardinghouses in 1865, but nearly every home in Washington had a sign in the window welcoming those willing to pay $3 to $10 a week for a room. 1 Boarders were treated like family – and subjected to all the drama and dilemmas and confidences of the household.2  Some families rented out one room. Some catered to a specific clientele, like Mrs. Beveridge’s at 224 Third Street West, where Indian chiefs stayed while negotiating treaties. 3 And some houses, like the Petersen’s, rented every available space, even the 6.5 x 10-foot second-floor staircase landing.

Canavan is 67. She published “Lincoln’s Final Hours,” her first book, when she was 65. She’d always been a newspaperwoman. She began stringing for her local paper in New Jersey at 17, and eventually she worked full-time as a writer or editor at four papers in four states. Even when she left the newsroom, once to care for her terminally ill father and later to care for her mother, she freelanced for several publications.

“I got into newspapers to help people and to tell their stories well enough that people will pay attention to them,” Canavan says.

That’s how she approached “Lincoln’s Final Hours” — with the hunger and discernment of a reporter, and with a manner of storytelling that makes history accessible to as many Americans as possible.

For her latest project, she is researching six women who played important roles in Lincoln’s assassination or its aftermath but are little known to the general public.

“Like the ordinary people involved on assassination night,” Canavan says, “their stories might never be told if someone doesn’t spend time unearthing facts about them from diaries and newspapers and archives and descendants.”

The Division’s fellowship will allow her to travel for research, and its associated programs will help her to share what she finds with other Delawareans who are interested in 19th Century history — or, Canavan says, who are just interested in a good story.