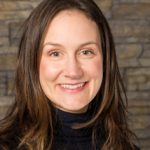 Earlier this year, A.T. Moffett and a group of artists, scholars and University of Delaware students traveled to South Africa to present an arts-based research project called “Same Story, Different Countries,” under the direction of Dr. Lynette Overby of the University of Delaware. Participating artists examined the themes of oppression, resilience, and liberation in the United States and South Africa, two countries with a history of legalized racial oppression.

Moffett served the project as a choreographer, researcher and associate artistic director. Its culmination was a multidisciplinary performance featuring dance, original music, poetry and visual art. They presented the work throughout Delaware in theaters, schools and churches, and then they performed and taught in Johannesburg and in Cape Town.

Moffett has been a dancer since childhood and a choreographer for about 15 years. In South Africa, she experienced a wide variety of dances. She took workshops led by collaborators from the African diaspora, she says, “to learn and, not to master, but to be able to embody the aesthetic of other forms.”

Together, they watched videos of protests and discussed photographs. They listened to recordings of South Africa’s Truth and Reconciliation Commission. They looked at art inspired by those topics, created by South Africans.

“And then we transformed that into a creative dance, into choreography,” Moffett says. “It’s not so linear as choosing something from our past that fits the model or fits the topic. It’s really about gathering as much information in as many different ways as possible. And because dance is our primary medium, that involves having as many first-hand experiences with movement as possible.”

Moffett took a class, for instance, with a Johannesburg-based professional dance company called Moving Into Dance.

“The dances, and even the warmups, had a groundedness, a weightedness and a rhythmic quality that for me was exciting,” says Moffett, who lives in Wilmington and originally is from Kentucky. “It was challenging and invigorating, and I feel like I really learned a new way of being in my body through those classes.”

In a workshop on contemporary South African dance, she studied movements such as flourishes of the arms and fingers, a tilting of the head and vibratory isolations “that were very new to me,” she says.

Moffett recently accepted a position as visiting assistant professor in the theatre and dance department at Washington College, where she will direct the dance minor program.

With the fellowship, she plans to create a work that explores the stories of military veterans and their families through dance.

“I have been interested in this topic for some time,” she says, “and the fellowship will allow me to do it.

“The primary goal is to get an embodied understanding of the veteran’s experience for the participants, and to create a product that the audience can also see in a new and more nuanced way.”

She’s seeking community partners and a venue where the work might fit into the programming. She also plans to have an educational, community-engagement component, perhaps in conjunction with Veterans Day events.