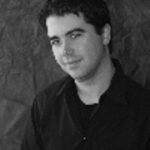 In the most enchanting moments of the countertenor Augustine Mercante’s career, life seems best lived while hovering in midair.

Last fall, the Wilmington resident, who has been singing since he was 10 and entered his first competition at 16, participated in an extended weekend of performances of Leonard Bernstein’s Chichester Psalms in Washington state. He arrived on a Thursday, attended the rehearsal, and performed on Friday and Sunday.

“This,” he recalls thinking, “is what I’m supposed to be doing.”

“It was great to be able to focus on my musical self.”

On the Saturday between shows, he and a few other performers went to a vineyard to which the conductor of the choir was connected. The winery had hired them to provide entertainment at a dinner that was served beneath a tent at the center of the vineyard. Before the meal was served, as guests walked from their buses toward the tent, they turned a corner and heard the voices of Mercante and the other singers – including a cousin of Mercante’s – wafting toward them from aboard the basket of a slightly ascended, if tethered, hot-air balloon. The 1996 film “Big Night,” which starred Tony Shalhoub and Minnie Driver, had inspired the feast and its soundtrack.

“You don’t often get to say as a singer that you sang an aria from a hot-air balloon,” Mercante says.

His days, of course, don’t typically involve such theatrics.

Augustine Mercante, “Sometimes I Feel Like a Motherless Child.”

Financial needs have driven him, as with many artists, to shuffle a few jobs at any one time. In addition to his gigs as a singer and as a voice teacher, Mercante, who in April turns 33, has been a consultant and national trainer for 11 years with the gourmet food company Tastefully Simple. He also works part-time for the Delaware Humanities Forum and occasionally waits tables at Quinn’s Café in Hockessin.

Such consistent interaction has another upside, Mercante says:

“If I hadn’t been waiting tables for the past 10 years – and it’s not every weekend, by any means, but it’s a lot of the same people – I wouldn’t have as many people asking, ‘Oh, how’s your career? What are you doing next?’ Or, ‘I haven’t seen you in a few weeks. Have you been off singing?’ It’s the perfect conversation, so that when that CD is available, some folks are there that I know would support it.”

The Division’s grant, he says, will help him buy time in a recording studio and produce an album, something he long has wanted to do. Mercante says he isn’t sure what the CD project will include, “I just know I have to do it, and this is the year to do it, when I have funds.”

His repertoire crosses from classical to cabaret, opera and jazz; “I like to push the envelope,” he says.

Mercante’s performance schedule through the summer is set, but he and a violinist colleague are considering collaborating soon thereafter on a Vivaldi program. And on Saturday, Oct. 12, Mercante hopes to mark the 15th anniversary of the killing of the gay 21-year-old Wyoming college student Matthew Shepard with a tribute concert.

For updates on the programming and for details of Mercante’s upcoming performances, visit www.augustinemercante.com.