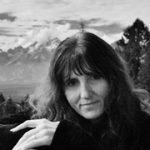 Teresa Clifton finds writing fiction more intimidating than writing nonfiction. That’s quite a statement from a woman whose 2007 nonfiction debut, “A Random Soldier: The Words He Left Behind,” detailed the life and death of her son Chad, who was killed by a mortar attack in Iraq while he was serving as a U.S. Marine.

“After I wrote ‘A Random Soldier,’ I really, honestly thought I was done,” she says. “That was such a painful experience that I did not think I would write again.”

But she did a reading for the Rehoboth Beach Writers Guild, where she met Maribeth Fischer, its executive director and an author active in the local writers’ community. (The Division in 2009 awarded Fischer a fellowship as an established fiction writer.) As their conversation neared its end, Clifton told Fischer she thought she was done writing.

Without hesitation, Fischer shook her head and said, “Oh no, you’re not done writing.”

“And she sounded so completely sure,” Clifton says, “that it caught me off guard.”

“It just breathed back life into the writing,” Clifton says. “I couldn’t turn it off now if my life depended on it.”

Liz stood on her toes, peering through the screen door for a glimpse of Cory’s car across the farm fields.  Last week’s rain had caused the corn to jump. In another week it would be too tall to see over, but just now she could still catch the burst of sunlight that glinted off his windshield.

She wanted more than anything to slip out back to the shower. She needed to soap away the sweat and smell of fish. Her cut offs were dotted with stains and her tank top felt glued to the space between her shoulder blades.

The box fan leaning in the window whirred on high, moving the air but cooling nothing.

It was mid June, just two weeks after her high school graduation, and already it had been busy. Tourists and fishermen had streamed in all day.  Liz was more than ready to be done working.

The store sat to itself on the only road to Cedar Beach, a tiny bay-side summer town that every year drew fishermen and a handful of out-of-town families to rent the simple cottages and spend the season on the strip of land between salt marsh and the Delaware Bay. Adam’s Bait and Tackle was a  low, wooden building that had weathered decades tucked under old pine trees at the edge of the marsh. It sold fishing gear and basic necessities– snacks, sodas, milk, bread–that saved everyone a twenty minute trip into town.  Scales sat outside for weighing big catches and the wall next to the door was covered with photos showing people with trout, flounder, sharks and more. A Polaroid camera was kept behind the counter for capturing the moment.

The sun was a red giant as it began to set across the cornfield, haze giving the woodline  a soft focus. It would be hot again tomorrow.

Clifton also is working on a novel called “Red Balloon,” a coming-of-age story set in the 1980s.

“The book I thought that I was writing is not the book I wrote,” she says. “The book that I set out to write was far more fluff, to be honest. I tried not to go down the literary path, but the more I thought about these characters and they came to life, the more well-rounded they were and the less I could blow them off with a fluff plot. So, it intensified on me, and I didn’t expect that.”

“I wrote about the war. Once you have that truth out there, no matter how horrible it is, you can go ahead and write it. But in fiction, you’re trying to get people to suspend disbelief, and you’re trying to get them to forget about you as the author. It’s a purely creative work. It’s not simply me framing something that actually happened well; it’s building it from the ground up.”

And so Clifton, speaking about characters she created and has crafted for more than a year, feels a responsibility.

“As schizophrenic as it sounds,” she says, “you actually begin to feel a responsibility to these characters, to try to get them right, which is not something I saw coming.”

At their Milford home, she and her husband, the wildlife artist Richard Clifton, have coffee together every afternoon at 3. She might talk through a plot, and he might discuss a painting idea. She calls him her “live-in artistic life coach,” and theirs is a creative family – Richard also plays music, as does their 23-year-old son Ryan, a computer programmer and graphic artist.

She calls it “cross-training your brain,” an approach that likely will infuse Clifton’s public performance associated with the award – she says she hopes to incorporate live music with a live reading in September or October.