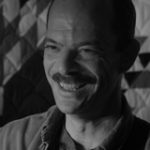 Two things command much of Michael Miller’s time: psychotherapy and the folk form known casually as “one man, one guitar.”

They are two seemingly disparate activities, one a livelihood and the other a passion, but Miller sees a clear parallel.

It’s all about transcendence.

When leading a psychotherapy session, he explains to the patient the value of re-examining beliefs and the subsequent experiences they color; when holding a guitar, he more or less is doing the same thing for his audience.

“When you’re dealing with people’s cultures, the set of beliefs that we share with other people creates our experience,” Miller says. “Whether it’s food, music, landscape, art forms, etc., you grew up and were taught a certain aesthetic about how the world is and how it’s supposed to be. And we share those beliefs, and that forms our culture.”

Miller, “Names” for guitar and voice.

Miller, “Signs of Rain” for guitar and voice.

He considers his genre a contemporary example of the traditional American folk music popularized by Woody Guthrie.

“My style differs significantly from musicians performing popular music,” Miller says, “as my purpose is to create meaningful connections with the audience – engagement versus entertainment.”

He favors a simplicity of musical structure: “Some of my favorite songs I’ve written are two-chord songs. And they’re powerful, and they get the point across. They’re terrific musically, but there’s just two chords in there.”

That sits well with Miller.

“It’s really about not getting distracted by technique.”

A self-taught musician, he is active in songwriter communities throughout Delaware. Miller, 48, has done most of his songwriting during the past 10 years. He also has worked in Delaware and South Dakota as a folklorist.

During the past few years, Miller has been focusing on earning a Master of Science in community counseling and is working to earn the hours required for a professional license. He expects to complete the process this summer. Then he’ll have time to devote himself to music.

He also is considering sponsoring a collaboration of Delaware singers and songwriters.